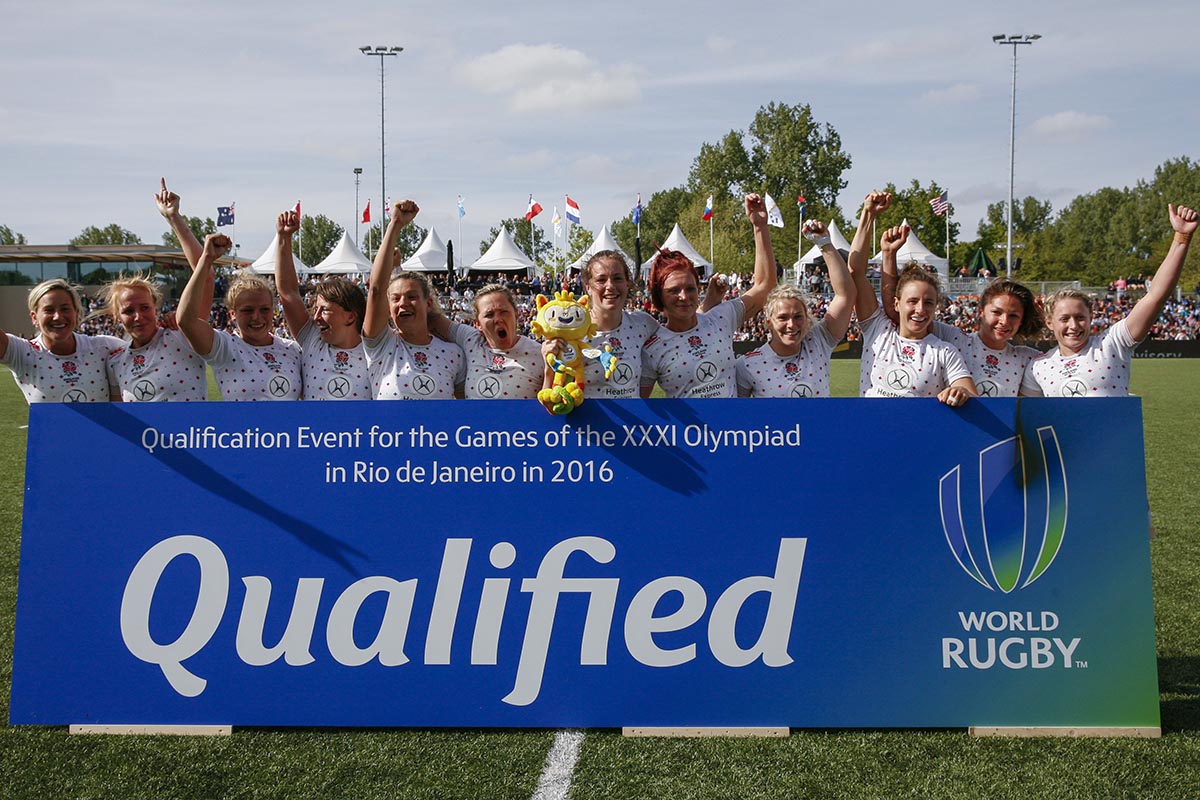 By FitPro TeamAugust 13, 2015No Comments

With the countdown to Rio underway this month, FitPro highlights one sport in particular that returns to the Olympic programme after an incredible absence of time: rugby. Cue the remarkable journey of the England women’s sevens rugby team as they prepare to compete under the watchful gaze of Christ the Redeemer.

Will it all be ready? We hope so and so does the mayor of Rio de Janeiro, Eduardo Paes, who has admitted concern for Brazil’s darkening political and economic climate. Organisers are eager not to get bogged down, despite the hockey pitch and velodrome only appearing to be half completed. 3 August marks the beginning of the Olympic Games: two days early for the football to take centre stage and the carnival colours to catapult off the mountain sides and into the stadiums. This vibrant spectacle will take the form of 10,500 athletes, 4,400 Paralympians and 480,000 tourists and will colourfully mark a first in summer Olympic Games hosting history for a South American city.1

Rugby union was introduced to the Games in Paris in 1900 and was last seen 24 years later in the same city. However, at this moment in history, the game was in its 15-player format. Fast forward to 2016 and the women who represent England in the sport have an exciting time ahead, as the Games will feature a seven-a-side, playing both halves which last seven minutes. Also making a comeback is golf, which has not been included since 1904.1

Back to rugby and the talented English team, who have been on professional contracts for almost a year now. They wasted no time in sealing qualification for the Games after a victory against the USA at the World Series in Amsterdam in May. Katy McLean, who previously led the team to victory at the World Cup on 17 August 2014 against Canada in Paris, made this comment to FitPro on the nail-biting World Sevens Series, which concluded with a score of 15-14 to England: “We probably had a slow start in the first couple of tournaments, which was just as the other teams really started to dominate, such as Canada. Australia were on great form as well. We went into day two having to beat New Zealand, which we hadn’t done all year. It was kind of a do or die moment. We pulled it out of the bag; the girls played well on the day and managed to get that win. From then on, we just had a massive confidence boost.”

“We didn’t want to go to the Euros”

“As a team, we really needed that confidence boost; we didn’t want to go to the Euros. We had the mentality that we had played reasonably well throughout the tournament, so we just focused on winning against the USA. The European team are really competitive, with the likes of France, Russia and Spain, so it was pretty stressful to be honest.” And they did it. As you can see by the smiles above, they were delighted.

The Rugby Football Union (RFU) handed out professional contracts to 20 players following the World Cup victory to allow them to train full-time ahead of the Olympic Games. Their training programme, led by sevens coach Simon Middleton and RFU head of women’s performance Nicola Ponsford, includes strength and conditioning work, as well as medical, nutritional, lifestyle and psychological support, giving the team the best possible chance for success in a year’s time.

Had they not achieved qualification at what was the final event of the series, England, Scotland or Wales would have needed to achieve Great Britain’s Olympic place by winning a regional qualifying event between June and September.

“You can’t really get much bigger motivation than the prospect of heading to the Olympics,” says McLean. “For us, it’s so important that the sport does well in Rio – because it’s not necessarily going to be there forever. We want rugby to be a success to make sure that it becomes a permanent fixture within the Olympics. Participation has already built from the World Cup, with 20,000 girls and women now participating in the sport.”

McLean tells us how important it is to make sure there are role models for young girls. Jonny Wilkinson was who McLean looked up to as a young player. She comments that “it’s nice to see” role models for the younger female players. It’s something the team takes very seriously.

“Phenomenal” is how McLean sums up the rate at which women’s sport has developed. “2012 at the London Olympics was about the female single distance athletes, so Jessica Ennis, Katherine Grainger and rowing overall did phenomenally well. I think off the back of that and us winning the World Cup, as well as the football girls doing really well and the netball in action at the moment, all play a part. I think the team sports are really starting to hold their own.”

Looking ahead, McLean keeps it real when giving future projections. “In relation to Rio, Team GB does feel quite far away for us,” she says. “I’m sure whoever goes forward to play will want to go to [get a] medal. But I would say a team goal is to make sure that they do as well as possible as a side.”

New Zealand is said to be the favourite to take Olympic Gold next summer after becoming the most successful team in history by winning the Sevens World Cup in 2013. Australia and Canada have also already qualified and will be stiff opposition for Team GB.

A final few words from McLean: “I certainly didn’t think that in my lifetime women’s sport would have secured the recognition that it has. For us to be professional – I never thought that would happen! And I certainly never thought I would have the chance to potentially play in an Olympics, especially at rugby. It’s been a crazy 12 months and it’s probably going to be a pretty crazy next 24 months.” Wise words indeed from McLean: we shall look forward to seeing the women play at Rio and making history. Welcome back rugby and about time, too.

What is rugby sevens?

Rugby sevens is a seven-a-side version of rugby union, where two teams attempt to score tries or win penalties, moving the ball from player to player by hand, always passing it backwards.

Rugby sevens is played on a full-sized rugby pitch, the same used for a 15-a-side match, meaning the players require incredible stamina.

How do I get involved? 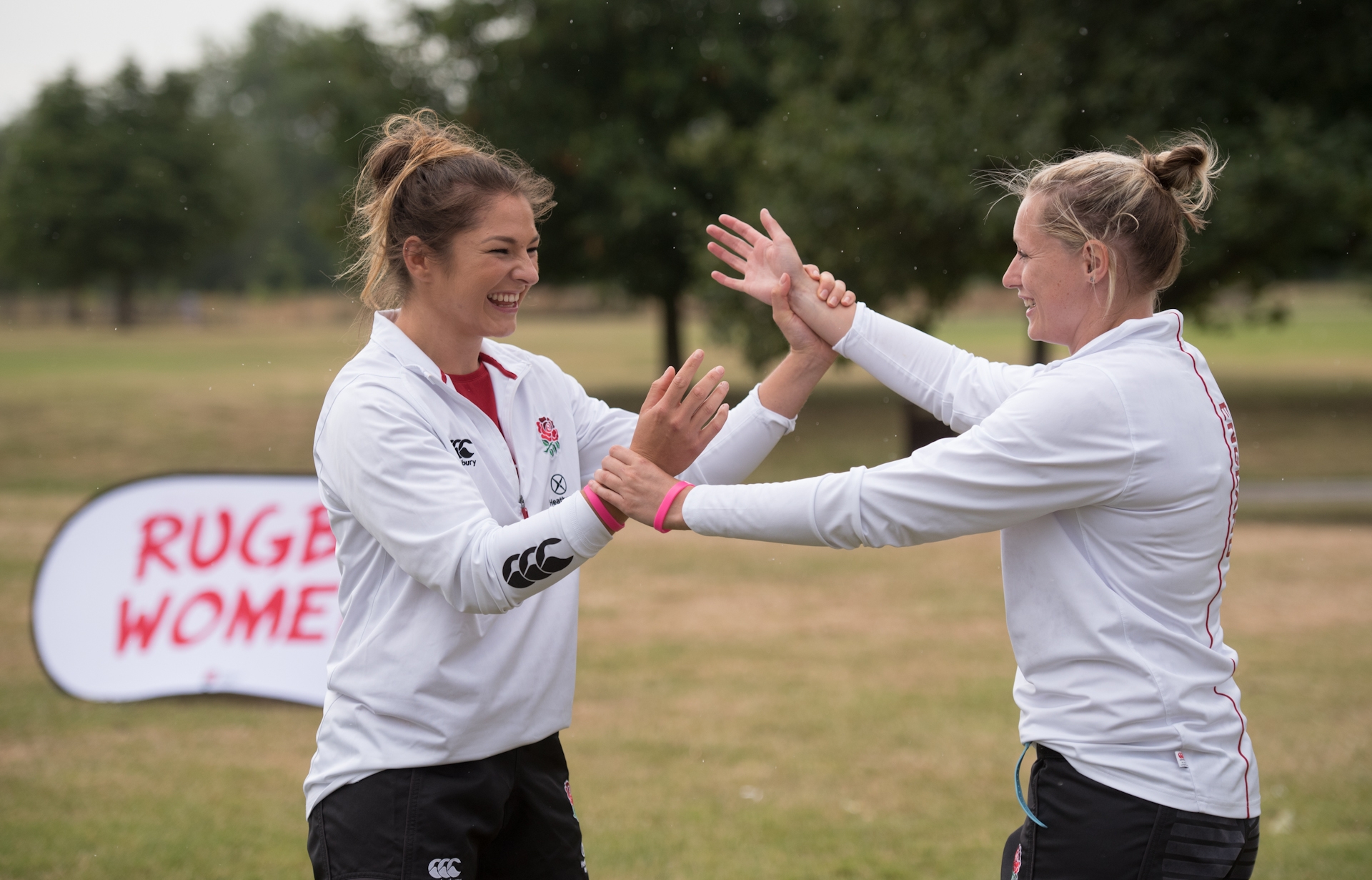 Amy Wilson Hardy and Natasha Hunt challenge each others strength

The RFU has launched a new FREE national programme for women called Pitch Up and Play. Aimed at women of all ages, Pitch Up and Play provides an introduction to rugby and a chance for women to unleash their inner toughness. Whether they are tall, small, fast or agile, the sessions empower women to find their strength. Visit englandrugby.com/rugbywomen for more information.

To read our ‘Pitch Up and Play’ session blog and further comment from England players Natasha Hunt and Amy Hardy-Wilson, click here