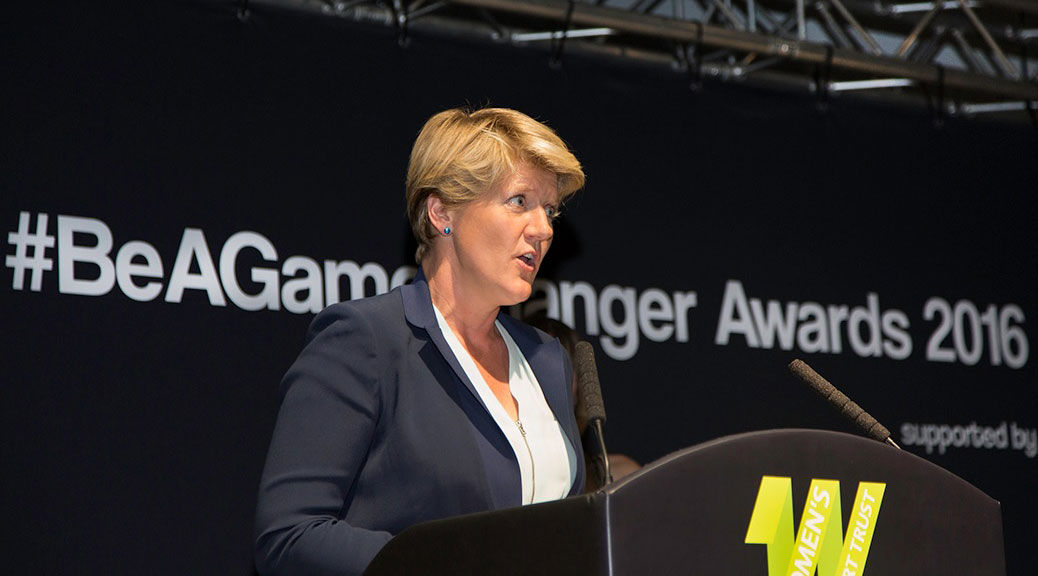 At a star-studded event in London on 12 May, the winners of the 2016 #BeAGameChanger awards were announced, organised by the Women’s Sport Trust. Visual campaign director at Women’s Sport Trust Danielle Sellwood shares some of the highlights from the evening.

The awards, now in their second year, are designed to showcase incredible talent and successful initiatives from across women’s sport, and to highlight the need for media, sponsors and the public to invest at all levels.

The awards evening was hosted by sports journalist and broadcaster Reshmin Chowdhury, with a powerful keynote speech from John Amaechi, the high performance executive coach and the only Briton to have his NBA jersey ‘retired’ in the US Basketball Hall of Fame.

Of particular note were the grassroots projects that took their place in the limelight alongside the heavyweight brands such as the BBC and Ricoh UK. A great example of this was the winner of the Ambassador of Women’s Sport: Heather Bamforth. In 2014, along with three others, Heather established the Racing Chance Foundation, a registered charity that helps to provide women with a pathway in competitive cycling from novice to elite level. Racing Chance has coached over 200 women and, as a result of Heather’s original initiative, British Cycling has seen an increase in female membership, with a racing licence increasing from just 800 in 2012 to over 1,500 in 2016.

Also recognised was the Women’s Climbing Symposium (WCS), winner of the Inspiring Initiative (Regional) award. The WCS is an event initially set up by world cup-winning climber Shauna Coxsey. It aims to connect, inspire and develop women’s climbing through collective climbing experiences, the latest research and the best coaching.

WCS endeavours to create a welcoming environment for women of all abilities, and from every background, by creating a programme that is diverse and interesting. The programme is intentionally varied and busy so that participants bond and find their own pathway through the day. Since 2011, the WCS has quadrupled in size and attracted over 250 people to its annual event in Sheffield last year. The event is held at different locations across the UK each year to encourage participation and the WCS 2015 attracted participants from over 50 locations across the UK and Europe.

Here was the reaction from NGB of the Year – British Rowing

For more information on the awards, visit womenssporttrust.com

The following teams and individuals, the result of a public vote,  were recognised at the event: