My session: My clinically obese client

Every session with a client needs to be structured to their individual needs and goals. However, there may be elements of a session that will be useful for when you train a similar client. In our latest My Session, fitness professional Kian Farnsworth takes us through one of his sessions with his clinically obese client.

Terry is a successful company director who runs a financial brokerage in the North West area. His schedule is busy and demanding, yet mostly sedentary; he operates from his home office. Like many, Terry’s fast-paced work life has resulted in his health and fitness being put on the back burner. In addition, he had a clear lack of knowledge and interest in nutrition and some pretty poor eating habits.

Years of sedentary activity and mindless eating eventually caught up with Terry, leading him to become clinically obese. At 45 years, 5’9”, 120kg, untrained and unhappy, Terry was introduced to me by a mutual friend in November 2019. My background is in health and exercise science. I completed my BSc Hons (first class) degree at Edge Hill University and my skill is to use logical scientific methods to help individuals improve their body composition.

Programming considerations must be made with an obese individual such as Terry, due to the obvious fact he was a large human being. High load is already being put through the joints and tissues, and aerobic fitness is likely to be at a lower than an acceptable level. With this in mind, the early stages of Terry’s programme addressed aerobic fitness and slow speed strength. The reason for this is that humans have excellent potential for improving these components of fitness at a considerable rate. Choosing these aspects that have potential to be improved quickly ensured positive feedback was provided to Terry and so he bought-in to the process early on.

Before entering into a training programme, the first step was to outline Terry’s aims and assess his current fitness and strength levels; this gave us a basis to work from.

I try to source specific, measurable aims from clients; this gives us both clear direction and the ability to track things appropriately. Terry’s primary goal was to lose 25kg over the next 12 months, equating to just over 2kg per month.

The exercises used for assessment of an obese client such as Terry are also highly appropriate for inclusion within the first phase of a programme itself. The exercises listed above are safe and effective ways to introduce an obese, untrained individual to the gym environment and build their confidence quickly. Low-skill, low-velocity aerobic work, slow speed, multi-joint strength endurance sets and isometric holds are fantastic ways to improve the overall conditioning of an obese person, and establish a strong baseline for aerobic fitness and slow strength speed and endurance.

Additional inclusions in the programme were locomotion-based exercises such as farmer’s carries and sled pushes. Again, these require a low skill level and often observe rapid improvements in set quality and load use – all encouraging to see from both a client and trainer perspective.

The next phases of training incorporated strength work with a more direct hypertrophy focus. Machines are great for this, as they provide external stability and require less skill for those who are unfamiliar to resistance training, such as Terry, within this early stage. Horizontal push, horizontal pull, vertical push, vertical pull movement patterns and a leg press were programmed in. The rep ranges were periodised over three training blocks and ranged between six and 30. The primary focus was to execute each exercise with perfect technique and overload (add weight) when appropriate.

Below is a picture of Terry from an outdoor session just before Lockdown 3. 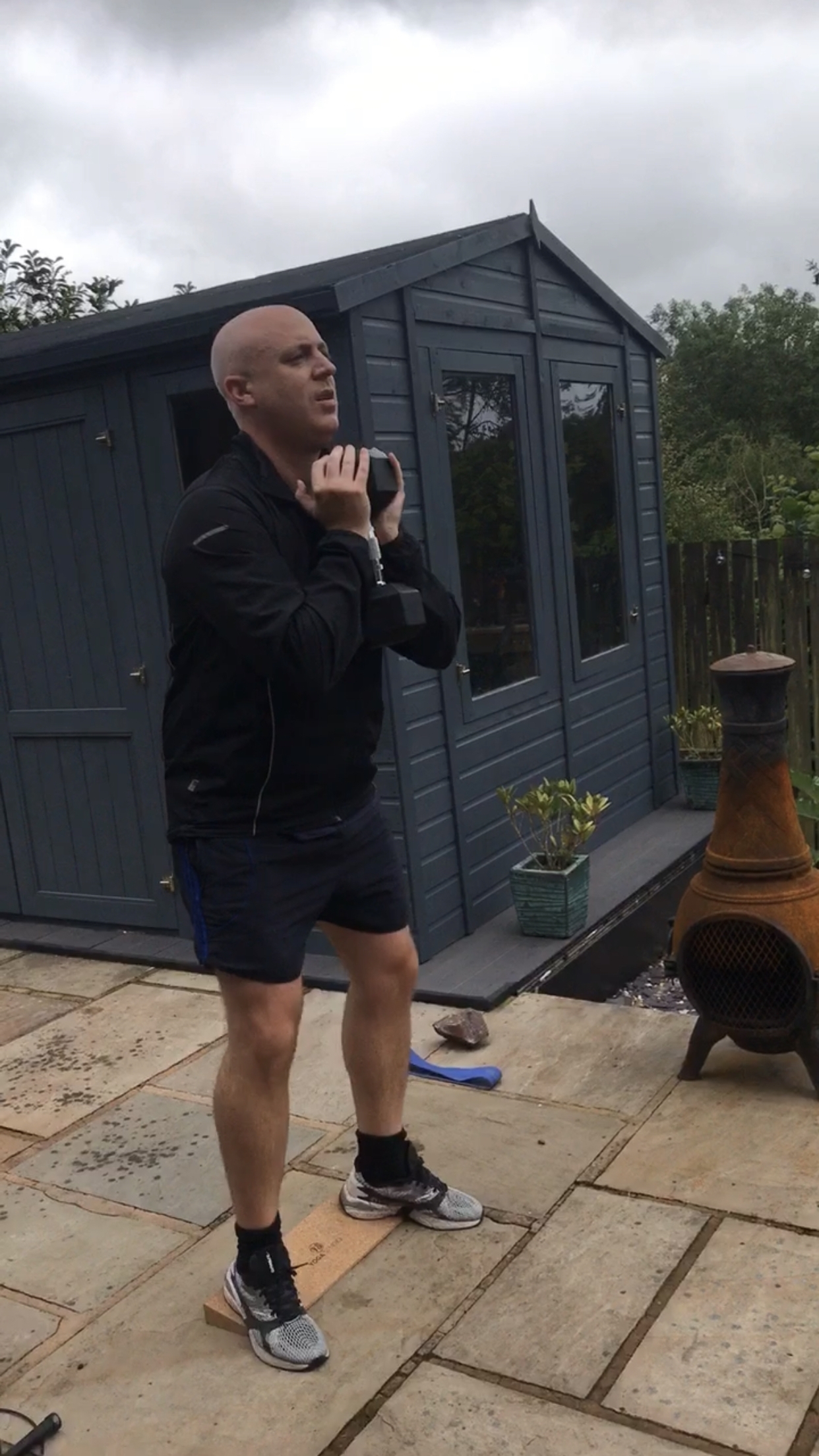 The above programme, combined with providing Terry with the knowledge of how to manipulate his nutrition, ensuring he was consistently in a caloric deficit, provided all the ingredients to enable him to shift the weight. Terry is now 92kg and regularly trains both with me and individually. 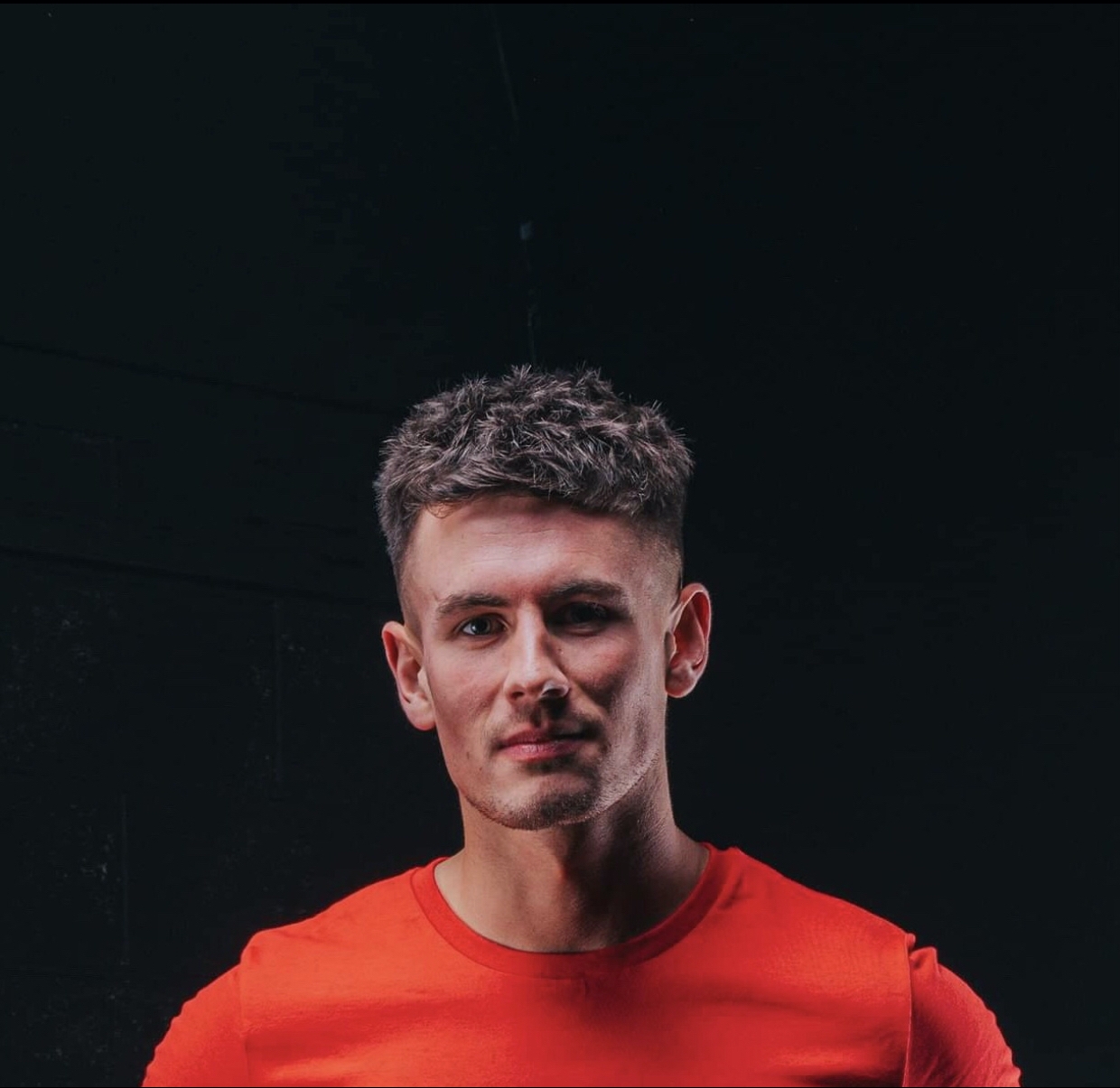 Kian Farnworth is a Level 3 personal trainer with three years’ practical experience working with a variety of clients and athletes. He is a strength and hypertrophy specialist with a BSc honours degree in health and exercise science.