By FitPro TeamDecember 3, 2018No Comments

Unearth the ‘why’ for participants  – Part 2 (The first part of this article was published in Fitpro magazine) To read Fitpro magazine, become a member today: fitpro.com/magazine

Opening up about their real motivations for exercising can strengthen participants’ commitment to working out, as well as to you and your facility, writes instructor Mel Morony.  Find out more about extending rapport.

“When it comes to talking about what motivates us, we humans can be a bit reserved”

“Come on, let’s work off all that cake and wine you had at the weekend,” shouts the instructor.  “Time to take it up a couple of gears.” One of the participants  does as she is told but also rolls her eyes. Her weekend didn’t involve cake or wine. Instead, she went bike riding with a big group, tackling different terrains, the weather, and even inclines that never feature in her indoor cycling class. The class she is participating in first thing Monday morning is her recovery. However, she’s never dared to tell the instructor this, so she just keeps powering on.

A sea of faces

As instructors, it is very easy for us to perceive our class as a sea of faces. Since these people have all come to our class, we can fall into the trap of assuming that they are all here for the same reason. Yet, as the previous story illustrates (taken from a conversation I had years ago with a client), the reasons participants attend classes are many and varied.

In the first part of this article (Building rapport to keep ‘em coming back), we looked at rapport building from the perspective of how the bonds of community that formed between the instructor and new patrons (and also between the patrons themselves) could impact member retention for a fitness facility. In this article, we’ll look at how we can build rapport with our long-term members, not just so that they will stay, but so that they can express their true reasons for exercising.

As fitness professionals, it should be a no-brainer that very few people exercise for the love of it. Some do, but most don’t. However, despite how it may seem, neither are they motivated to participate in an exercise programme because they want results such as weight loss, sports conditioning, stress relief or increased energy. As Sigmund Freud noted (and Aristotle hinted a couple of millennia ago), “All human behaviour is motivated by one thing – to avoid/move away from pain and move toward pleasure.” Hence, there will be goals and motivations that underpin an individual’s training.

Consider two clients who have decided that they want to lose weight via an exercise programme. One might want it because they want to look good for an upcoming holiday; the other might want it because their doctor has informed them that they are pre-diabetic and they want to change that prognosis. However, when it comes to talking about what motivates us, we humans can be a bit reserved. Depending on what the motivation is, we often need to get to know and trust someone, and for them to get to know us, before we open up and ‘spill’ the true reason behind our actions. So, how can group fitness instructors help our clients do this?

The first part of this article explored three tactics that can be effective for establishing rapport between ourselves and a new client: creating a welcoming environment; learning and using names; and establishing some points of commonality. The last of these points is worth further exploration when it comes to reaching people on a deeper level. As we get to know our participants, we notice trends in their topics of conversation. The ability to create some ‘same here’ moments can

be very valuable. For example, when I first started teaching aqua fitness, I noticed that my patrons, who were predominantly older adults, would talk a lot to both me and each other about gardening. At the time, I wasn’t into gardening, but I decided to acquire some pots, gloves and seedlings and to give it a go. While I still can’t claim to have developed much of a green thumb, it has given me a talking point with my garden-loving patrons.

Naturally, our own personalities and interests are going to drive what we might pick up on, and for me that’s travel. When a participant tells me that they’re going to miss a class or two because they are going away, I ask them a couple of questions. Firstly, I’ll ask where they are going, and if it’s somewhere I’ve been to, or have researched visiting, then I have a ‘same here’ point. The second question is how long they are going away for. After wishing them safe travels, I will make a note in my calendar around the time they are due back. That way, I know when to look out for them and to greet them with, for example, “Welcome back Mary, how was Spain?” As previously noted, as a society we have become so used to being treated as a number that when a professional in our lives remembers a detail such as that, it speaks volumes.

Along with travel, I have a love for linguistics. With Australia being such a melting pot of cultures, I’ve made it a goal to learn a few words of my non-Anglo- Australian participants’ languages, even if it’s just Hi or Bye. The way people light up when they hear their mother tongue spoken can be unbelievable.

Location, location: going outside the box 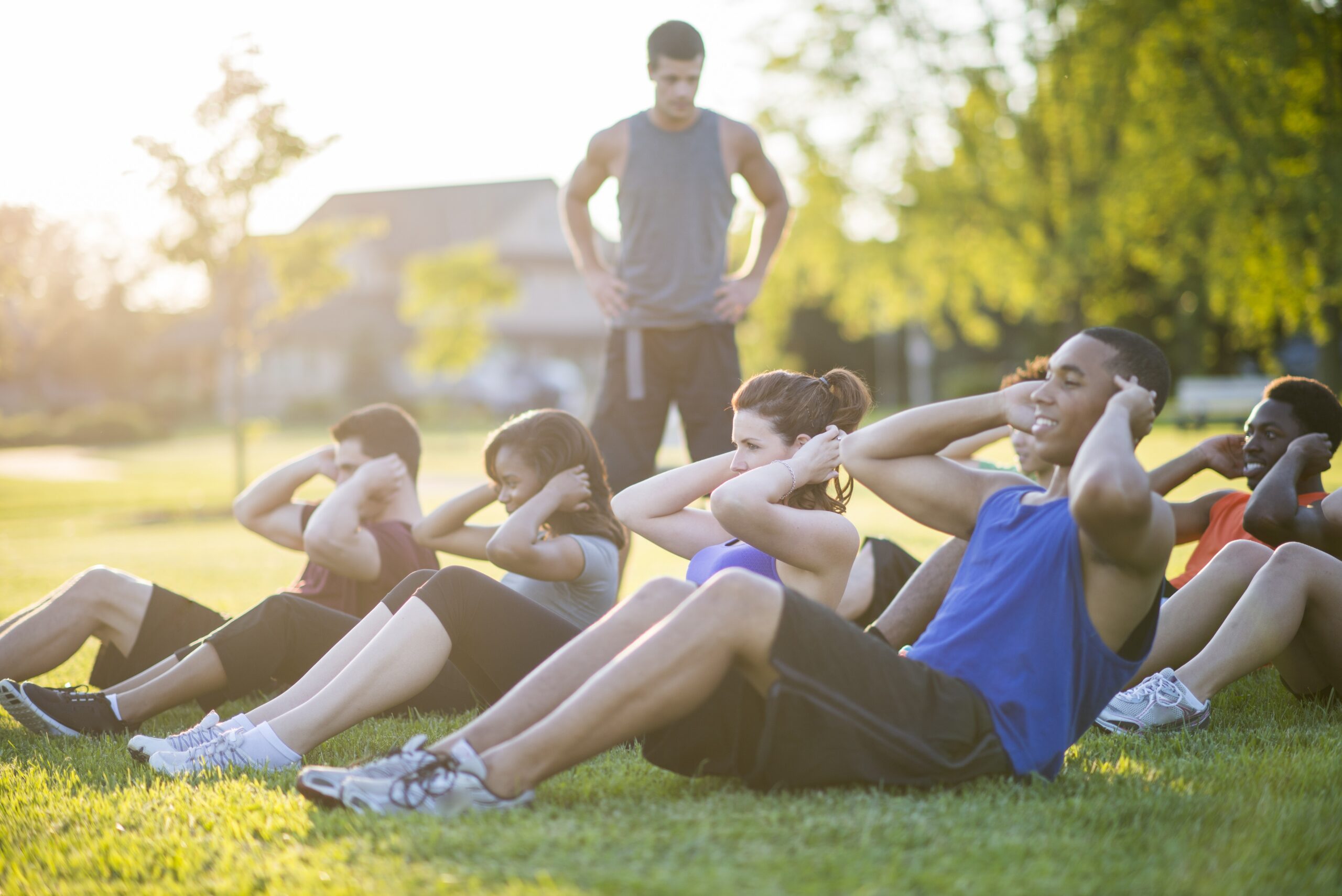 While the most obvious place to build rapport with participants is in the exercise studio, or in the area outside as we wait for a class to finish, limiting it to these areas will hinder your opportunities to build engagement. What’s to stop you, as you walk to the studio from other parts of the facility or the carpark, from engaging a member or two in conversation? Even if you only have time for a quick “How’s your week been?” Small talk can pave the way for ‘big talk’, so use it as an opportunity. Consider joining your class for coffee, or if your centre puts on a ‘members breakfast’, join in! When I did this with an early morning cycle class a couple of years ago, I found it to be one of the most valuable opportunities for getting to know my members and it became a highlight of my week. There were times when I didn’t really say much, but that didn’t stop me from listening to ‘my people’. Those that had taken my class would give me their feedback straight away and, in turn, I could explain the reason for the way certain things were done, or discuss any changes I’d made to class.

Another place ‘outside of the box’ that I will sometimes use for rapport-building purposes is the pool after an aqua class. After noticing that a few participants would stay in the water after class had finished, I decided to bring some swimwear and jump in. I’ve found that it is in the aquatic environment that people are more likely to open up and discuss the ‘big things’ with me. Not being a psychologist, I can merely guess that this may be due to the combination of being wet and wearing only swimwear bringing people’s barriers down.

The more we talk to participants, the more comfortable they will feel talking to us – about the small things at first, but then, hopefully, the bigger things, such as their real motivations for exercising. By verbalising this, they are acknowledging to both you and themselves the thing that is driving their behaviour, which can be a truly empowering experience.

Building rapport so that people will open up to us does have the potential to put an instructor into some sticky situations. As mentioned in the first part of this article, there’s the possibility of our participants telling us about aspects of their lives that would require us to refer them to somebody more qualified, such as a dietitian in the case of disclosure of a potential eating disorder. There is also the potential for us to have to refer a matter to the police, in the case of, for example, domestic violence. Rapport building is an ongoing process. The more we can connect with participants, the higher the chance that we will retain them as members, and the greater the likelihood that they will have not only good, but great referral-worthy experiences.

Mel Morony is a group fitness instructor based in Melbourne. She is passionate about raising standards in the area of group fitness, for both participants and instructors.

This article has been produced in conjunction with Australian Fitness network

Where next?  Find out more about yoga for abuse survivors HERE