David Lloyd promises one trainer aged 55+ per club by 2022

In a proactive response to ukactive’s Reimagining Ageing report, published in 2018, and to cater for its growing older member base, last week David Lloyd Clubs announced that it is committed to having one trainer aged over 55 in each of its clubs within the next three years.

In the last year, the company has seen a growth of 10% in members over the age of 55, with this age group now accounting for 18% of its total membership. David Lloyd recognises that this group is not settling into a sedentary old age, as more people choose not just to live long, but live well. However, as the ukactive report shows, there are still barriers for this age group who say they feel self-conscious in the gym environment. The report also revealed that, where communication and behavioural change skills are concerned, the general consensus among physical activity sector employers is that there is a big gap.

“We recognise that those aged 55 and upward find the gym an intimidating and overwhelming environment,” says Russell Barnes, COO at David Lloyd Clubs. “Aligned with this, there are Government and ukactive reports that show that most in this age category will benefit from doing structured HIIT and other gym-based sessions,” he adds.

The report also identified that this is an opportunity for any fitness brand as the ageing market is a growing one; by 2040, nearly one in four people (24.2%) will be aged 65 or over, and one in seven will be aged over 75. “This is a growth area and we know that, to appeal to these members, it helps if they work with someone who they can relate to,” said Barnes. 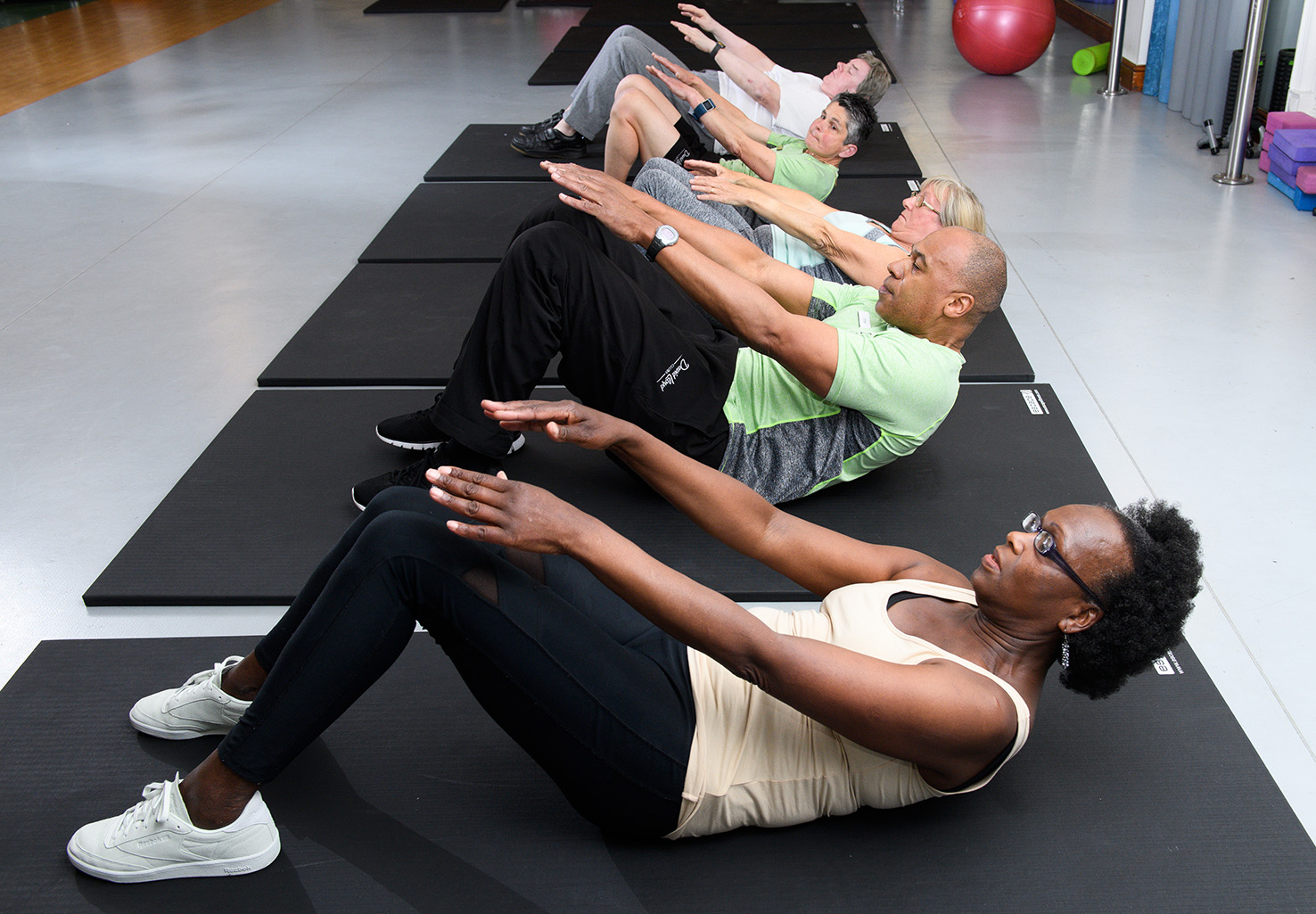 It’s well known that being fit protects us from the negative effects of ageing. A recent large-scale study from the University of Cambridge, carried out over a 20-year period, followed almost 15,000 UK adults and found that middle-aged and older adults (ages 40-80) who did the minimum 150 minutes of activity each week may live longer than their couch potato counterparts. The study confirmed it was never too late to benefit from exercise, revealing that adults who shifted from being inactive to ‘low’ activity levels were 24% less likely to die of any causes, while adults who achieved ‘high’ activity levels were 42% less likely to die. However, as the ukactive report revealed that 38% of over 55s are classified as inactive, there’s still work to be done.

With this new initiative, Barnes is determined to change that. He also points out that David Lloyd is not a gym but a club, and therefore provides another benefit to older members – a social life to combat loneliness. “Many older members will have had negative life experiences, such as losing a partner. You cannot underestimate the benefits of regular exercise to mental health,” he adds.

The company is planning to provide specialist training for its team of senior coaches, teaching them skills to engage and support older people. “We want to ensure we offer what our members need,” said Barnes. “Our older members are offered a biometric test and, to track improvements, will have their heart rate monitored while they train,” he concludes.

If you’re interested in becoming a fitness trainer from entry level, you can apply and gain support to advance your qualifications via the club (find out more). Once these qualifications are gained, recruits will then be inducted to the David Lloyd Clubs company programme, which includes a gym engagement and Kickstart training package, and will then be able to join as health and fitness coaches. Already a Level 2 coach? Apply here.