Tensegrity – what holds us together?

Home » Tensegrity – what holds us together?

The system holding us together by pushing us apart

I should start by explaining the word ‘tensegrity’. Buckminster Fuller, an American architect and systems theorist, coined the term in the 1950s as a conflation of the words ‘tensional integrity’. If we take Figure 1 as an example, the solid parts of the structure – the wooden dowels – are held apart by the tensional forces of the elastic. What’s this got to do with us? Well, maybe our traditional view of human biomechanics using Newtonian science is off – and not just a little bit! To start simplistically, humans can be considered biotensegrity models. Biotensegrity is a term coined by its most passionate proponent, Dr Steven Levin. Effectively, our bones are the wooden dowels, and the elastic, our muscles and connective tissues. 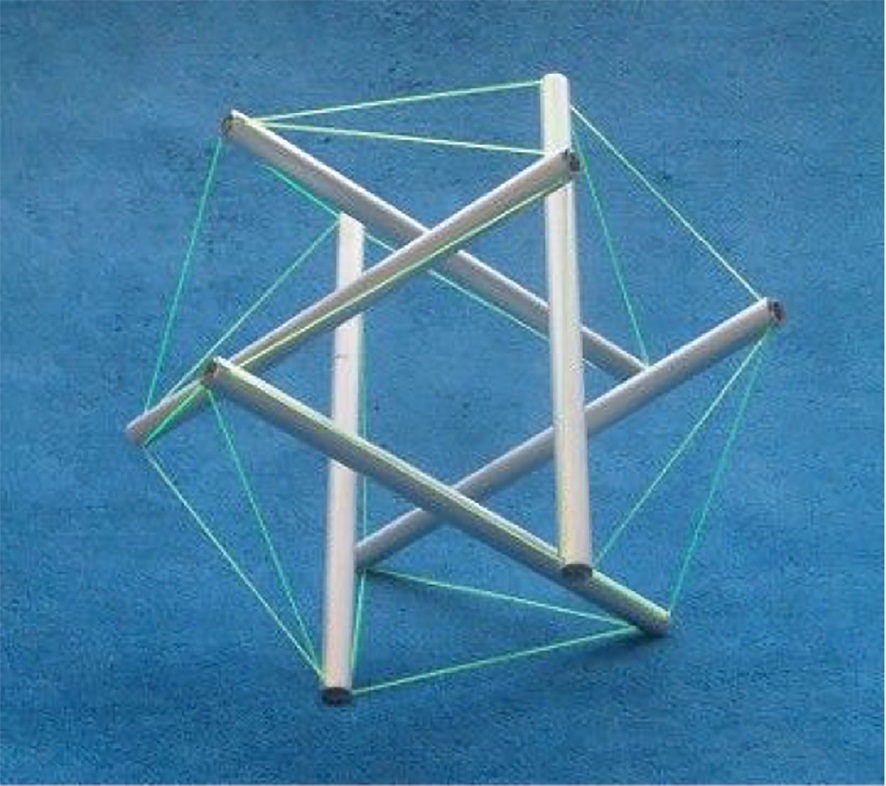 Donald Ingber, a professor of bioengineering who has been researching tensegrity in living organisms since the 1980s, says: “The compression-resistant bones of our skeleton are smaller elements of a larger supporting framework, the musculoskeletal system, which is comprised of an interconnected network of bones, muscles, cartilage, ligaments, tendons and fascia. This is a physically integrated framework that supports the weight of our bodies, allows us to rapidly adjust to resist external forces, and permits us to move freely in our environment. But without the aid of surrounding tension-generating muscles and tension-resisting tendons, ligaments and fascia, bones and cartilage would do little to support our upright forms.” <1>

So, not a system of levers where force is generated from muscles around a fulcrum or joint, but an interdependent, multi-level, ebb and flow of movement management, where energy is absorbed, mitigated and returned, creating adaptation at both micro and macro levels accordingly, and over time. Search online for Ingber and tensegrity and you’ll have your world challenged from the cellular level. His research points towards tensegrity being a micro (cellular) to macro (whole organism) concept that helps us understand not just movement but mechanotransduction (the way cells convert mechanical stimulus into electrochemical activity). This helps us to understand why tissues lie down along the lines of stress, as outlined in Davis’s Law, as well as why some cancers form in the first place. Incredible stuff. A microscopic system, within a larger system, within a larger system, within a living system that makes a whole organism a human – all of them linked and communicating with each other to adapt to stimuli placed upon it.

I digress. Ever had an injury that, no matter how much it was treated, it just didn’t get better? Or maybe it did, but then something somewhere else started causing problems and you effectively ‘chased’ the injury around your body from one place to another.

This is what I see all the time in my facility. People who have tried everything else find their way to me; a movement therapist and coach. Here are just a few examples of transformations I’ve witnessed through working with biotensegrity as my guide:

Now it’s time to introduce a very popular industry ‘F’ word – fascia. Thomas Myers <2> brought fascia (often described as connective tissue) to the health and fitness community. See those elastic bands in the tensegrity models? Well, in us mammals, they’re the continuities of muscles and connective tissues that form chains holding us in constant tension. See Figure 2 as a visual representation of some of these. 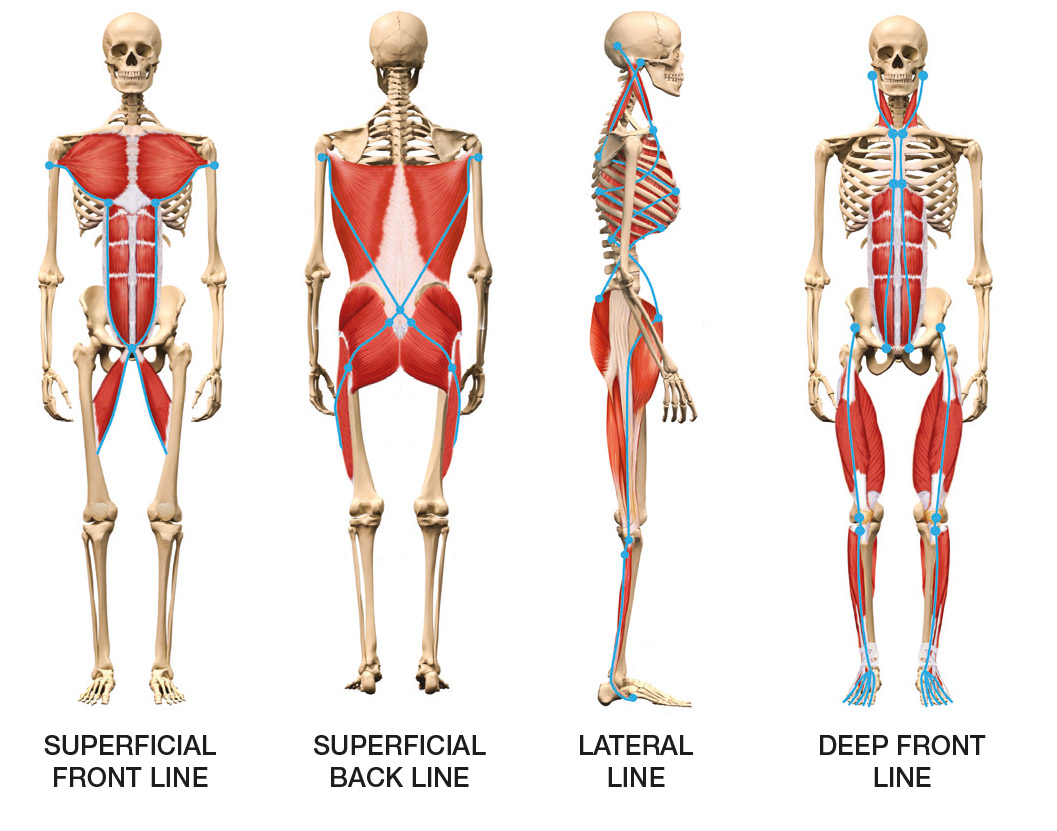 There’s more to it than what I’m about to say, but let’s take a simple view to start. See how the tensional force in the two lateral lines would balance against each other? Or how the superficial front line balances the force from the superficial back line? As Dr Levin states,

“Muscles are never programmed lax. There’s always muscle tone present. All the fascia and connective tissue, in fact all collagen, have intrinsic tension within them. Even under deepest anaesthesia, when you cut muscle, it retracts and pulls apart.” <3>

Take a small step forwards with your left foot and reach towards it with your right hand. Feel how your posterior and posterior-lateral hip (glute complex) activates. For that matter, also your left hamstring, calf, as well as (less strongly) your right lat and shoulder complex. We don’t ask these tissues to switch on, they just do. And, what’s more, they switch on long, not short. This is your tensegrity system at work – stabilising and guiding movement in response to those very movements. It’s unconscious and it’s brilliant. I would go as far as saying that the majority of movements in life and sport involve our tissues loading elastically, as one complete system, and long.

By implication, you may think I’m about to start a section of the article bashing traditional strength exercises such as bench press, squats, shoulder press, lunges, etc., as they put most force through the tissues as they shorten to respond to the ever-present resistance of gravity. Not at all. We all know the benefits of traditional strength training. There is no doubt about its efficacy.

I’d like to propose we look further though. Maybe even restructure our training load and that of our clients. Take that movement we did earlier; the further you reach the hand towards the foot, the more load those tissues have to accept, dissipate and guide. At the furthest point, when the tissues are longest, is also when the most force is going through them. The moment you pull out of the movement, it gets easier – and it continues to do so the closer you return to standing. It’s the same if you put a dumbbell in your right hand, too, and make it a ‘strength’ exercise.

Now take a squat and do the same. Sure, it gets pretty hard the lower you go (i.e., lengthen the tissues), but when you want to break the force of gravity, as the tissues shorten, that’s when the most force goes into the tissues. Same with a bench press, shoulder press, bent-over row, bicep curl, triceps push-down, and so on. We’re moving up and down against gravity and the force requires our tissues to shorten to deal with that. The human body is very clever at adapting.

So, the next question is, if we’re built to be held apart, as per tensegrity, and traditional training pulls our joints closer together, should that be all that we do? And is there a way of loading (i.e., strengthening) our soft tissues that doesn’t create a longer-term problem? Well, I believe the answer to the first question is “No” and, to the second, “Yes, there is.” Does it sound too simple to say that we move in ways that we see in life and sport and add load?

Almost any movement you do with ViPR™ will create length tension in the body; hence strengthening tissues long, stabilising joints in an ‘open’ position, and creating nourishment (blood, lymph flow and hydration) for those areas. They also work the whole extra cellular matrix (ECM) of the body. Equally, though, you don’t need ViPR. Anything where you are stabilising a submaximal load through a field of gravity, rather than up and down against it, using your whole body and creating what we know as eccentric loading (that doesn’t have a more demanding concentric phase), you’re doing tensegrity training.

The future of tensegrity

The final area to cover is that, if people have been studying tensegrity since the 1950s, applying it to living organisms since the 1980s, and are now looking into how it can be used to understand all aspects of life, where next for tensegrity in the movement industry?

The book The Evolution of Biomechanics <4> posits some great avenues to follow. Of particular interest is the notion of the ‘anti-gravity’ body created through tensegrity and hydraulic pressure. Our soft tissues, if healthy, are well hydrated and fill the system of

tubes that make up our ECM, creating pressure pushing outwards. Add this to the elastic tension in the balance of all our tissues and it can further explain how we are held apart, effectively ‘against’ the forces of gravity. To me, this makes intuitive sense. If you imagine the hydration removed from the tissues in Figure 3, can you also imagine the effective ‘collapse’ that would happen in that part of the body? That collapse would lead to the remainder of the ECM compensating around it and the whole system adapting accordingly. Gets you thinking about every injury you’ve ever had, doesn’t it?

Pulling all this together, tensegrity is a more progressive understanding and explanation of the behaviour of the human body in movement. It negates the theory that humans are a lever system, and brings in the whole organism approach as a self-organising system of load distribution created by tension and compression. This being the case, we, as a community, should engage with this new knowledge and integrate new ways of training human beings that bring the best of both worlds – traditional training and tensegrity-based training – for the health, fitness, strength and well-being of those in our care.

Now, if you’re still wondering about those dinosaurs, they didn’t drag their tails along the ground despite their huge bulk and weight; hence there are no trails in archaeological finds. Of the explanations available, I believe tensegrity gives us our answer: an efficient,  tensioned structure that draws on the whole system to support all parts and hold those tails aloft and majestic. 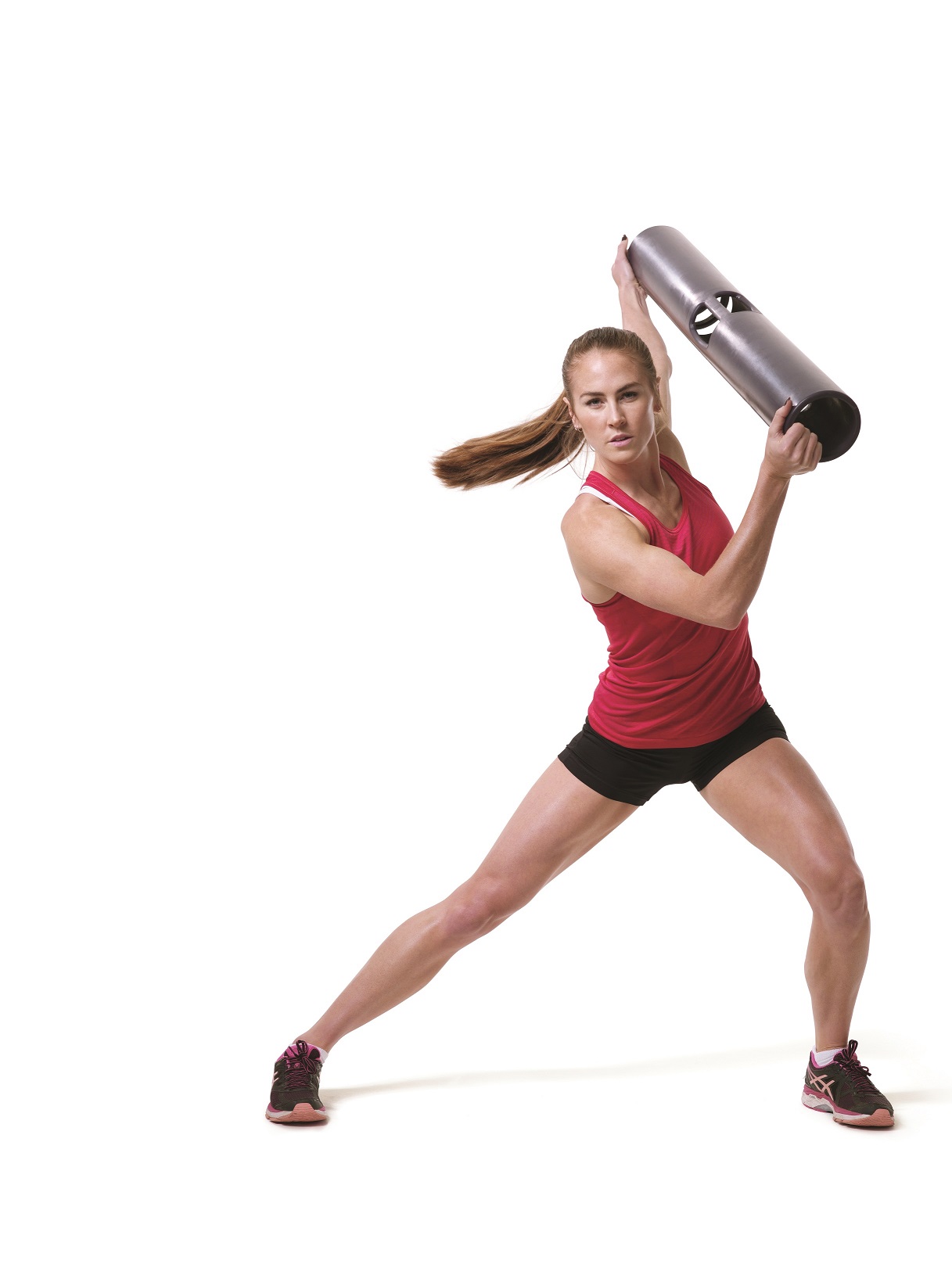 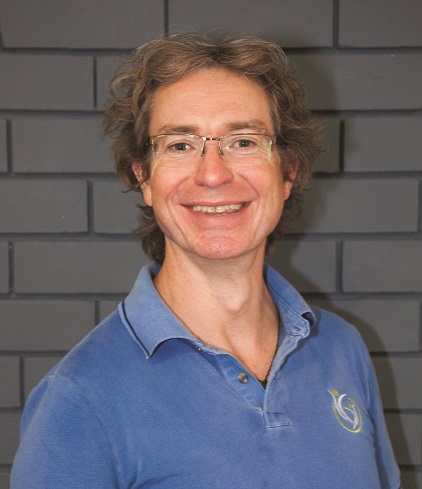 John Polley owns the BE FREE movement and wellness studio in Perth, Australia. He is a movement coach and therapist, industry educator across Australia and New Zealand, an author for global fitness brands, and is a passionate advocate for exercise as an essential component of health and vitality. Find out more about BE FREE http://www.befreemlw.com.au/our-people.php

Where next?  Read our technical blog on injury and rehab: respect the nerves Click HERE