The School of Hard Knocks

By FitPro TeamNovember 16, 2018No Comments

Home » The School of Hard Knocks

With more young people becoming disengaged with education, and in light of vast government cuts in state education services, Olivia Hubbard, speaks to Ken Cowen, the CEO of a charity determined to make a difference in areas of deprivation.

This week I watched with interest the BBC 2 documentary about Marlwood School in Bristol; a school placed under special measures by OFSTED.  Their head teacher, James Pope, is feeling the pressure to attract new pupils to the school. During the documentary, we met children who lacked interest in academic subjects and skipped lessons frequently. The result? A poor attendance record overall. This would equate to a reduced chance of escaping OFSTED’s ‘Inadequate’ view of the school. Upon watching, I saw children who weren’t suited to a particular style of learning – this doesn’t mean that they cannot flourish and do well.  If a disruptive child was caught, they sat facing a wall working in the corridor. Is this the best we can offer our young generation? Will this prevent ‘aggressive behaviour’ in the future?

Sport is powerful. When my friend battled a mental illness, he turned to football – inside a sticky gymnasium, passing slightly deflated balls from toe to toe. Yet, after attending a few sessions, his mood was anything but ‘flat’.   When I discovered Ken Cowen’s charity, the ‘School of Hard Knocks’, I felt hope for the children in the documentary and others just like them, too.

Drawing on his early career as a PE teacher, CEO at the School of Hard Knocks, Ken Cowen, devised a course that would use the sport of rugby to engage unemployed men in Liverpool. He wanted to make a difference. Cowen wanted to teach these men positive values and behaviours, and give them a sense of self-worth, self-efficacy and hopefulness for the future. Six years ago, the School of Hard Knocks  became a registered charity, helping both adults and children to find their pathway in life.

Rugby in the playground

One element of the School of Hard Knocks charity is to deliver programmes aimed at pupils aged between 13 and 16; who have been subject to exclusion in the past, are educationally disengaged, or face possible permanent exclusion. The main reason for permanent exclusion is persistent disruptive behaviour, which accounts for a third of all exclusions, but it also works on causes such as low confidence, poor self-control, difficulties with social cohesion, and problems communicating effectively.

Ken Cowen explains, “The charity targets areas detailed in the Government’s report: The Index of Multiple Deprivation. The report determines the areas with the highest death rate among young people due to ill health, individuals who are less likely to remain in employment, where education attendance is lower, and where crime is higher. We approach schools in those areas and basically say to them that we have this offering and we wish to work with your children – we ask them to find a cohort in one year group of 15-20 children, then we will come in for half a day during the week, every single week of a school year, for up to three years.” 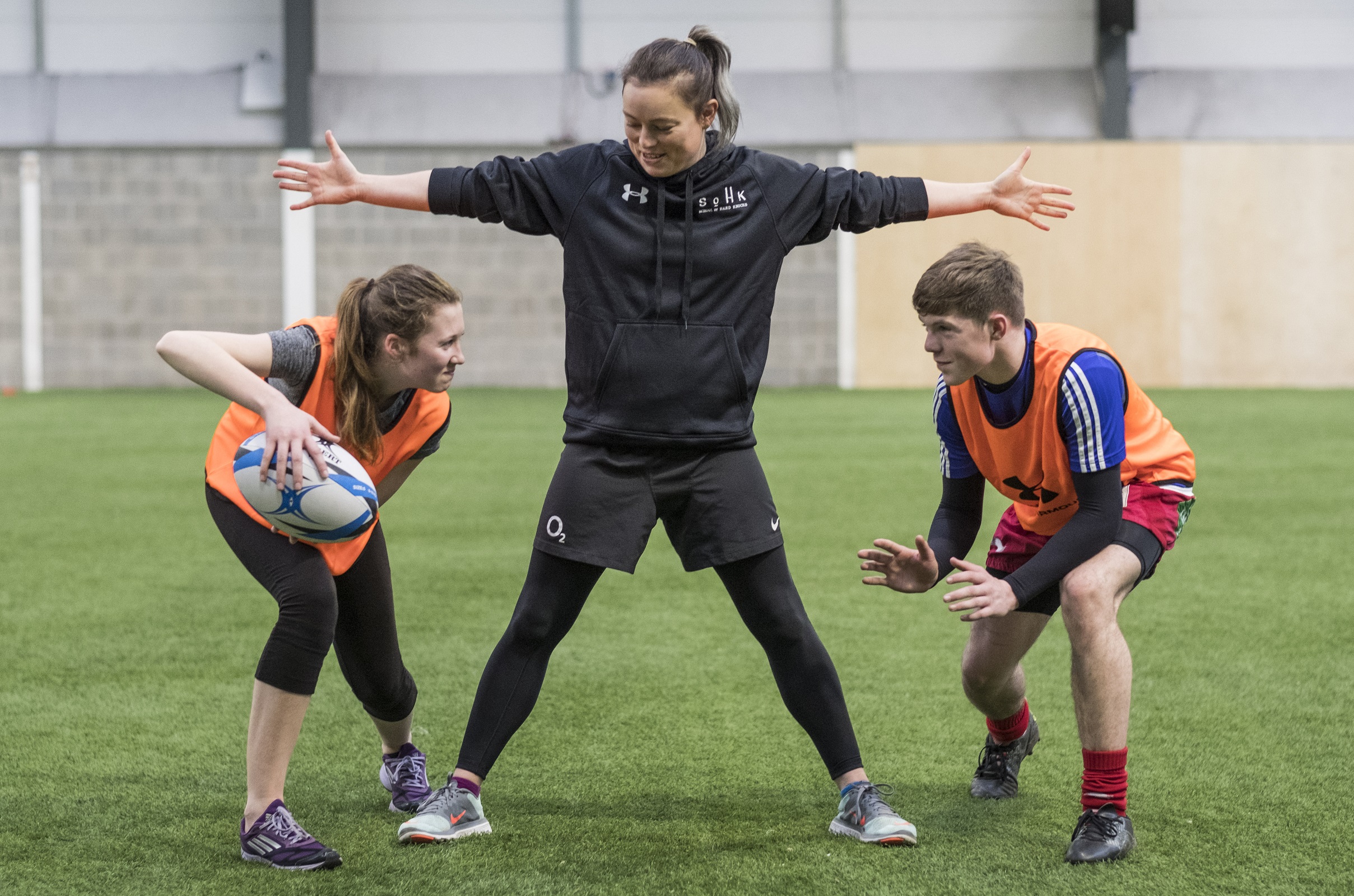 The rugby sessions are during the school day; children will leave their curriculum subjects, even including Maths, English and Science, to attend the session. Parents agree to the terms or, in some cases, the carers and guardians.

“I realise that it sounds counterintuitive to take them out of their subjects and play some rugby – but some of these children have chronically low attendance levels. We are seeing a rapid turnaround in terms of attendance, behavioural issues, and a real drop in the number of detentions. They have a greater level of engagement with the school generally.”

Clear outcomes from schools and pupils that have participated in the School of Hard Knocks include:

Soft outcomes based on the opinions of those students that completed the programme:

The Headteacher at Royal Docks Academy said, “This programme has literally saved 5 or 6 of our boys.”

Refugee, Orphan and SOHK for Schools participants, Abdul*, commented on his experience by saying, “SOHK is the only thing I look forward to each week.”

Cowen and his team are delivering an exceptional programme for Britain’s most vulnerable and have fully accepted the importance of employing behavioural coaches alongside rugby coaches to successfully implement change. The charity is currently working with a team of four part-time PhD sports psychology students – the coaches learn from their academic knowledge and the students are provided with the reality of the task at hand.

The sessions are complex, too. “If you’re looking at the rugby session from a distance, you might think it’s the same as any other,” says Cowen. “We conduct game-related warm-ups and there will be some dynamic stretches – a mixture of some skills and some contact work as well. What the children don’t realise is we are recalibrating the way they think about conflict. Imagine the children in the playground who have a fight – nothing good ever comes of that. We’re using a very physical contact sport with children who are getting into trouble a lot; we start to teach the children the laws behind the game.”

By way of example, “We want the children to understand that if someone knocks you over, your first instinct mustn’t be to hit them or to retaliate, says Cowen. We want to get them to start really thinking about what they will do with the ball – that it’s all about the team and winning the game. The coaches aim to get the children to think about conflict in a slightly different way – we want to empower them to think: ‘Wow, I wasn’t aggressive today’ and we want them to take this into the rest of the school day. Later on, if they have achieved that good behaviour – we consider: you have gone through the whole week without any discipline issues, can you take this to the end of the month? Their brain is much more receptive to ideas and thinking after exercise. Our behaviour coaches will talk to the children on an individual basis and ask them how their week is going, we also frequently talk to the head of year.”

Why is the programme needed? 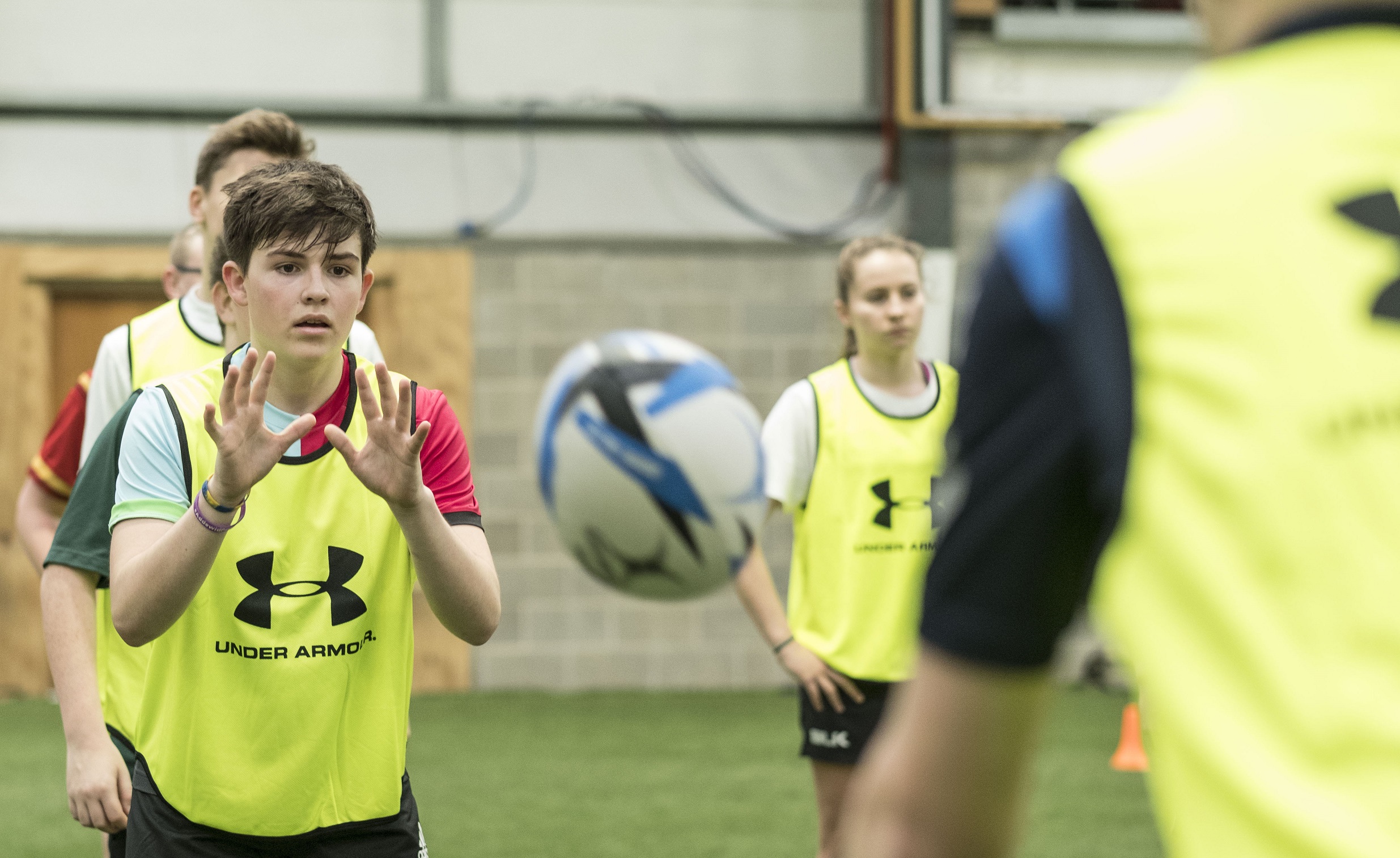 Statistics from the Department for Education show the following:

Back in the classroom

The School of Hard Knocks provides an open discussion forum, to encourage the children to reflect on their own mindsets and what deters them from looking ahead to a positive future.

“We initially get them to think about who they are, says Cowen.  “We ask questions such as: what makes you tick? What do you enjoy in life? The second question encourages them to think about the ‘why’ for their behaviour; why do I get pissed off? Why do I hate teachers? Why does everyone ignore me so much? Why can I not be bothered all of the time? Why does it feel like a volcano is bubbling up inside me? We also talk about teenage mind and teenage body, we teach about their physiology. We then ask the children to think about their future and their mindset.”

SOHK believes that some of the children have this belief because their family members have never got a job– so they won’t get one. Or, they hold the belief because ‘everyone in school hates me.’

The rugby coaches undergo various training and education to be able to deal with the challenges they are faced with – Cowen makes the valid point that the charity must look after their own coaches as well as the children.  “Our coaches are frequently becoming the first adult in these young people’s lives whom they trust. There have been quite a few occasions now, where children have disclosed some horrendous issues of abuse or criminal activity, which they have never told anyone else. Our coaches and those working with children in this way should be prepared to cope with these difficult conversations, some of which are quite harrowing.”

There are numerous charities dedicated to helping children through engagement in sport – yet it’s unclear whether other charities are employing and investing in behavioural coaches like SOHK. “As far as I know, there is not another organisation that intentionally employs behavioural coaches alongside rugby coaches to help regulate children’s behaviour and emotions,” concluded Cowen.

Cowen urges personal trainers reading who wish to work with children, who have become disengaged with education, to reach out to organisations such as: The Street League, Green House Sports and SOHK and do some volunteering if they want to understand more.

SOHK is in a public vote to win £25k to support its work with unemployed adults in London. Please cast your FREE votes at sohk.org.uk/aviva

Where next? Check out our blog from Fitpro magazine reader, Joanna Heckle, who shared her poignant and truly inspirational experience of running a fitness class for homeless people living on the streets.  HERE