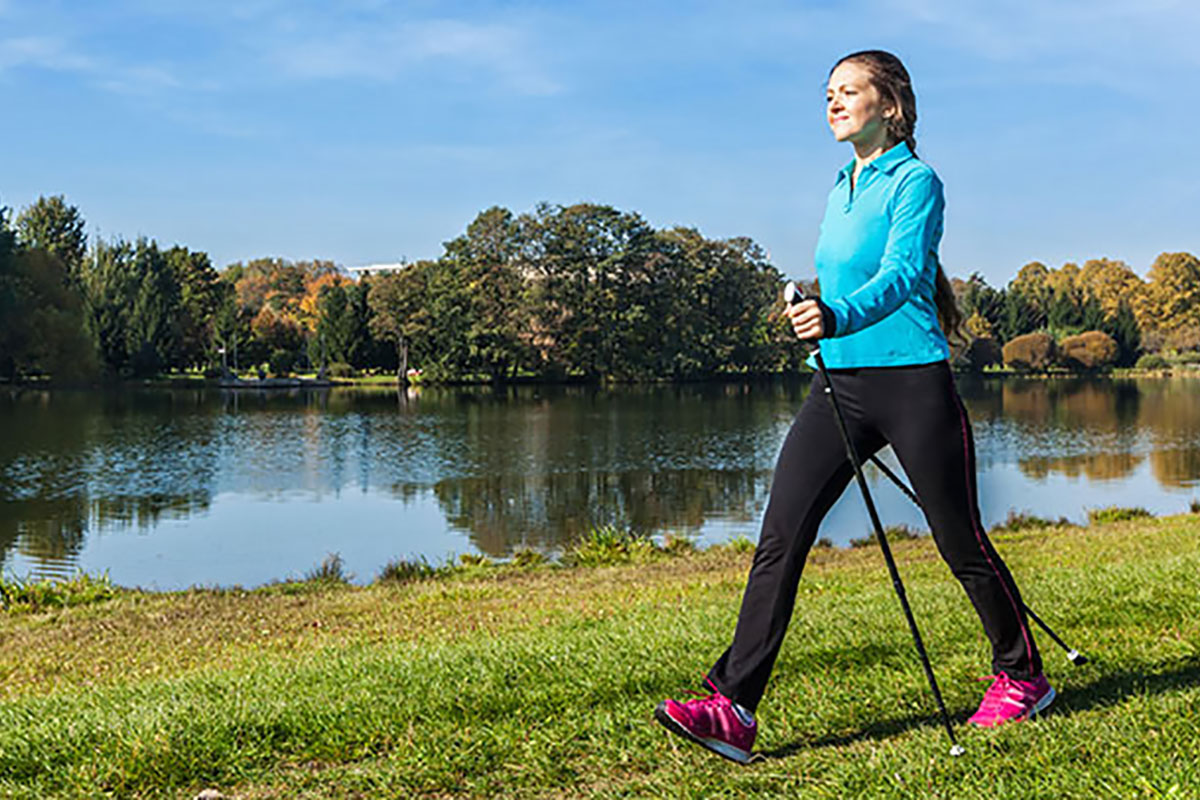 By FitPro TeamNovember 12, 2015No Comments

Do Pilates and Nordic walking walk the walk?

What impact does Pilates and Nordic walking have on overweight or obese clients? Associate Professor Mike Climstein and sport and exercise scientist Joe Walsh investigate further.

Introduction: I’ve recently made the move back to Sydney’s northern beaches, where I’ve joined my local health and fitness facility. I continue to be amazed at the Pilates ‘following’: young and mature-aged alike, participants seem to be continually queuing up to enter the group exercise studio, regardless of different instructors or time of the day. I just can’t understand the attraction but, as so many others do, I decided it was worth investigating. Joe Walsh and I initially sourced an article on the cardiometabolic benefits of Pilates and, as always, we attempted to find the most recent research published. Now, this particular journal, Menopause: The Journal of the North American Menopause Society, is not in our usual repertoire of publications, but it had a very interesting (and appropriate) article in which Dr Hagner-Derengowska and her colleagues investigated the beneficial effects of Pilates in, no surprises here, postmenopausal women.

Methods: A total of 196 post-menopausal females who were overweight or obese volunteered to participate in this study. Study participants were divided into three groups: 88 individuals were non-randomly assigned to a Pilates group, 88 individuals were assigned to a Nordic walking group, and the remaining 20 individuals were assigned to a control group. The researchers chose Pilates as it represented resistance exercise and Nordic walking as it represented dynamic/aerobic exercise. Most of us are familiar with Pilates classes (as I note, they seem to be ubiquitous these days) but fewer of us are familiar with Nordic walking. In a nutshell, it is fitness walking with specially designed poles and a learned technique to create a low-impact, total-body workout. Widely used overseas as a form of sports cross training, health and fitness professionals undertake certified training in order to teach their clients (visit nordicwalking.com.au for more information). All of the respective exercise groups’ 60-minute sessions were supervised three times a week, with heart rate recorded via a heart rate monitor. The exercise groups were also advised to complete ‘homework’ exercise for the same amount of time while at home (although the details were not specified). The Nordic walking group completed approximately 3.6km for each supervised session. The outcomes for this study included weight, body mass index (BMI), lipid profile (total cholesterol, high-density lipoproteins, low-density lipoproteins, triglycerides) and blood glucose.

Results: Let me preface the findings by saying that both Pilates and Nordic walking resulted in numerous significant benefits, illustrated in Table 1, which is a great result for both modes of exercise. Three of the parameters in the Nordic walking group had significantly better changes compared to the Pilates group: the fasting plasma glucose, total cholesterol and low-density lipoprotein cholesterol. The authors also commented that a substantially greater number of women (both exercise groups) at the conclusion of the study met target (i.e., recommended) lipid values, which is another good finding. Pros: This was a good study despite a couple of basic limitations. It is evident from this study that performing dynamic exercise such as Nordic walking could result in significantly better improvements to key health indices, compared to performing Pilates. Cons: Given the popularity of Pilates among younger as well as older individuals, it would have been interesting to have a subgroup of younger Pilates participants in the study. It would also have been beneficial if the researchers had reported the exercise intensity (i.e., heart rate) of both activities, as participants used heart rate monitors, although the authors primarily used the M51 monitors to estimate energy expenditure (this data is also not reported). 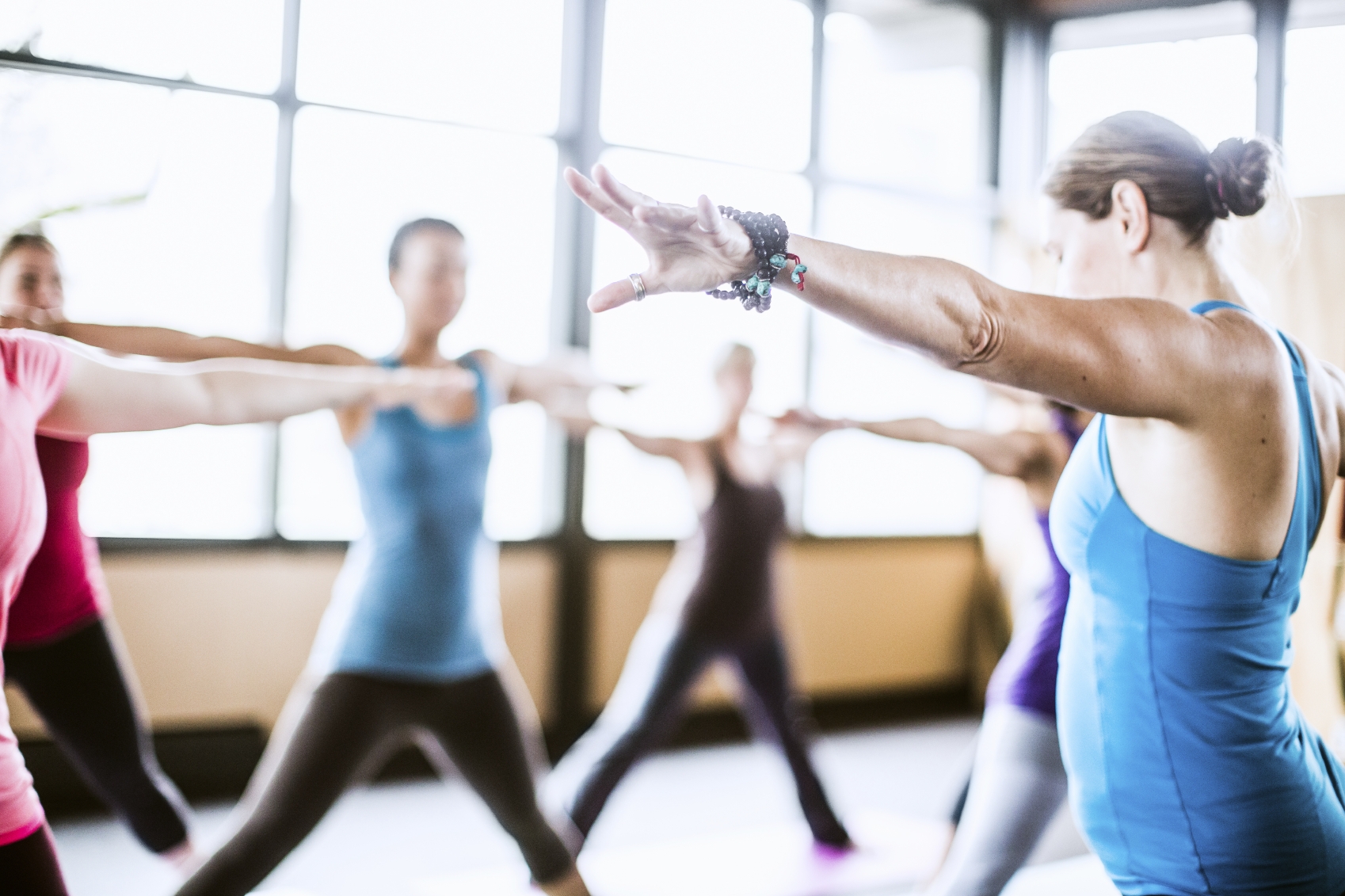 Additionally, although only a 10-week exercise programme, it would have been beneficial if the investigators had assessed body composition (i.e., lean mass and fat mass) as BMI does not take tissue into account, only weight and height, which is very discriminatory. There was a second intervention included in this study, in which the researchers provided all participants with the same diet (total caloric value 1,500 kcals) which consisted of 60% carbohydrates, 20% fat and 20% protein. Therefore, the benefits seen in this study, particularly with regard to weight loss and subsequently BMI, is also a reflection of the dietary intervention. It would have been helpful to have, for example, one half of the participants in each group maintain their normal diets so that it would be clearer how much of the benefit could be attributed to the exercise and how much to the dietary changes.

Joe Walsh MSc is a sport and exercise scientist. As well as working for Charles Darwin and Bond Universities, he is a director of Fitness Clinic in Five Dock, Sydney. fitnessclinic.com.au

This article first appeared in the Australian Fitness Network magazine.