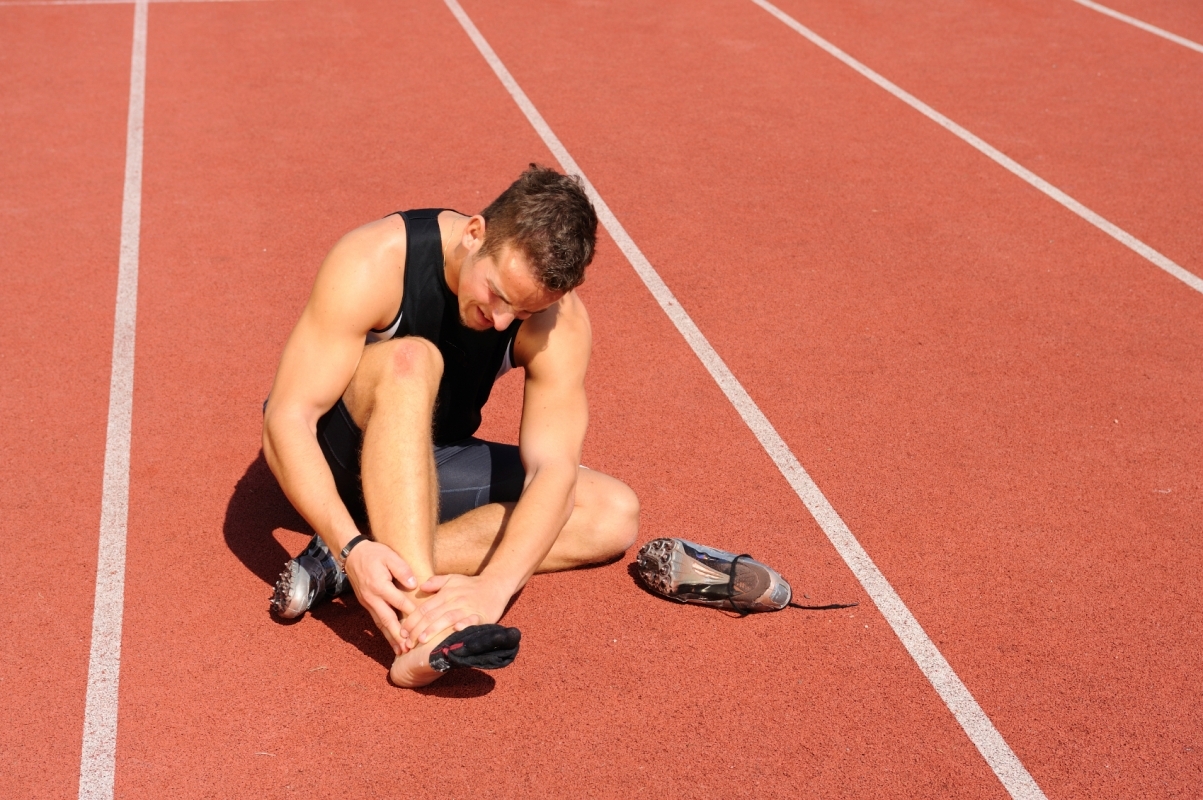 No pain, no gain?

By FitPro TeamFebruary 24, 2015No Comments

Questions have been raised about the number of athletes said to be under-performing without apparent cause and, as a result, taking a prolonged period of time to recover. PTontheNet ambassador Karen Porter investigates overtraining and how you can identify the signs and determine the causes of overtraining when working with your clients.

The term ‘overtraining syndrome’ is derived from those athletes who suffer from prolonged fatigue. The syndrome also relates to poor performance in sport despite continued training, and influences a change in mood state and neuroendocrine factors, contributing to frequent general illnesses such as upper-respiratory tract infections. Overtraining syndrome reflects the body’s inability to adapt to cumulative fatigue, resulting from daily intense exercise training that is not balanced with appropriate or sufficient rest. This means general performance will decrease and other symptoms may commence. Athletes who are said to be suffering from overtraining syndrome experience a loss of purpose, energy and competitive edge and have a sense of ‘feeling trapped in a routine’.1 Sports medicine expert Elizabeth Quinn wrote on sportsmedicine.com, “Conditioning requires a balance between overload and recovery. Too much overload and/or too little recovery may result in both physical and psychological symptoms of overtraining syndrome.”2

Michelle Robinson, athlete and Olympic mentor, shared with me her experience of overtraining. “It really was about listening to your body and trusting that you have done all the hard work in the previous months,” recalled Robinson. “The main considerations are that mentally you are in a great positive state, and physically you have reached 90% of your training goals prior to reaching your peak event and, of course, ideally with no real blips!”

I asked Robinson if, through her career, she had ever been in the position of pushing herself too hard. Robinson replied, “I have one example that stands out. I had a severe hamstring and ankle injury that recovered well; however, I pushed myself so hard to get back to competitions that it caused a stress fracture in my leg.” Robinson went on to say how important it is to understand your own body and learn when things are feeling right and when they are not: “In my opinion, listening to your body and self-reflection is critical too.”

Robinson said she had never suffered from long-term overtraining effects because she knew her body and trained well but she had seen athletes who had encountered this and they suffered from fatigue, emotional upset and unexplained weight loss.

Lizzie McColgan, Olympic and Commonwealth distance runner, avoided overtraining when, at her peak, she would run 140 miles a week. She said, “It was all about balance and I prepared meticulously for my events.” The athlete mentioned that she was very careful about her training and planned all her events and training leading up to it. “I didn’t just wake up and think I am going to run a marathon; it took years of balanced training and progressive work. I looked after myself and made sure I ate well and recovered well.” I never really overtrained. I went into one race with a cold and did not perform as well as I should have, but I took recovery and then went on to break a record in an 8km a few weeks later.” So it would seem, for the most part, that if you are sensible with your training, even if you are running 140 miles a week, and you take the necessary recovery, your body can adapt and respond.”

Effect of training on the heart

I wished to find out more about this subject and, in particular, how overtraining can affect the heart, so I spoke to Professor Mathew Wilson, head of athlete health and performance research at Aspetar (sports medicine hospital), who shared with me his expert insights.

“The vast majority of evidence suggests that regular (≥4 times per week), sustained (≥45 minutes) and intensive exercise throughout life is the most advantageous to optimise CV health,” he said. “However, considering that physical activity rates in adolescents and adults are reducing year on year, a balance must be struck considering, 1. There is no lower exercise threshold for CV benefits to be seen, and 2. CV disease risk reduction is greatest in the unfittest individuals who start exercising, signifying that ‘some exercise is better than none’. In conclusion, exercise is a potent stimulator, activating numerous downstream cascades at a molecular and cellular level that, if sustained and intensive enough, enable gross anatomical remodelling capable of enhancing functional capacity in both healthy and diseased populations. Since aerobic capacity is a prognostic marker of CV disease and mortality more than any other established risk factor, clinicians should promote the expansive benefits of exercise in all spectrums of society, be it the casual exerciser, the sedentary individual or those with established CV disease.”

I asked him if you could indeed ‘train the heart’ too much and what the symptoms would present as. He replied, “Care should be taken in all athletes when suffering with viral or bacterial infections. Myocarditis (an inflammation of the heart muscle) should be suspected in athletes with unexplained cardiac arrhythmias and dysfunction, especially if preceded by flu-like symptoms. Acute myocarditis is typically a viral or post-viral process. Clinically, patients with acute viral myocarditis present with tachycardia, hypotension and shortness of breath.”

He added, “Treatment is often difficult for highly competitive athletes to comprehend, as initial treatment for athletes with myocarditis should be complete absence from all physical activity for at least six months. Adherence to such guidelines should be strongly advocated to reduce the potential of life-threatening arrhythmias or rapidly progressive cardiac dysfunction and the introduction of antiviral or an immunosuppressive treatment.”

Overtraining as the fit pro 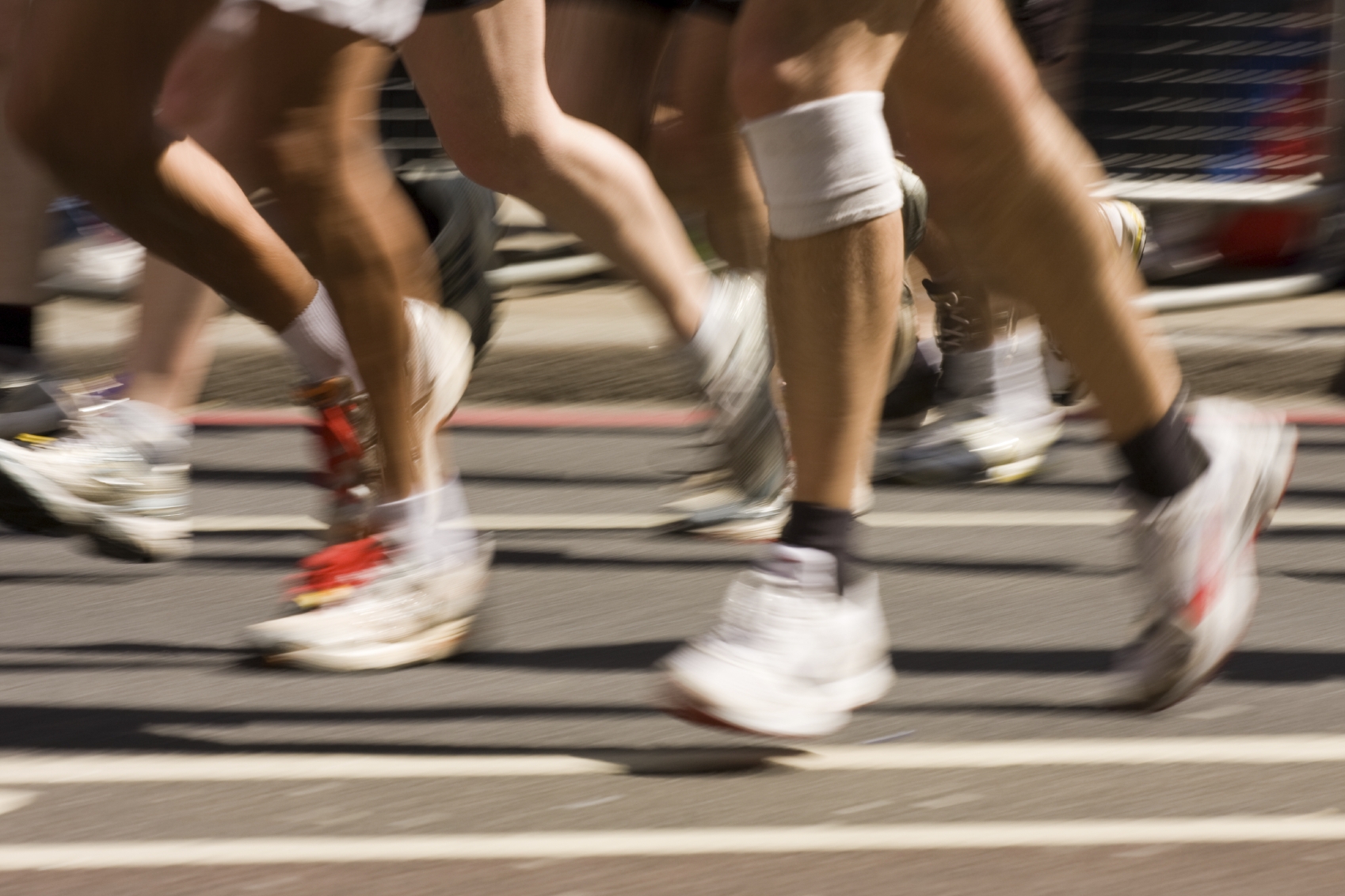 Similar to an athlete, it can be a challenge to take a break or get enough rest when you are teaching, training clients and indeed trying to incorporate your own exercise routine. However, as Wilson states, care should be taken in all athletes when suffering from a virus or bacterial infection. I am an example of this advice. In the early part of my career, I worked as a freelance trainer and teacher in Australia and, through this time, I worked very hard enjoying myself and trying to earn enough money to travel at the end of my stay there. Through naivety and necessity, I over did it and suffered a terrible case of glandular fever. I didn’t take enough rest, trained too soon and worked more than I should have; this led to a whole host of problems for me and, later in my life, I had a pacemaker fitted in order to control my heart rate. This was largely attributed to the damage the viral infection caused to the electrical system at the time.

After many more years of managing how I felt and my symptoms, I became pregnant with my first child. I still kept fit and worked out all through my pregnancy and I was quite amazed how good I felt. Once I had my baby things changed and I felt awful; I was so tired but I put this extreme tiredness down to being a new mum. As most mums do, I just continued. Then I had my second child and, shortly after this, we all moved to Qatar in the Middle East.

I felt dreadful. Extremely tired and non-functioning, with no memory and feeling dizzy: all symptoms that could be were put down to a busy lifestyle, small children and moving countries. I managed to set up work and I started training. By now, my second child was just over one year old. I really wanted to get back into shape too, so I thought I would start training for a triathlon. My brother competes regularly at a high level, so I wanted to do it with him. I trained hard and got nowhere. I had a solid programme and felt pretty good while training but my recovery was awful. I used an HR monitor and knew through my sessions I was comfortable but my tiredness was unbearable afterwards. I saw countless doctors, all of whom put it down to lifestyle. When my heart rate was checked, they said I was like an elite athlete. This was something I desperately wanted to believe but knew was not true.

Thankfully, a friend of mine had been a cardiac nurse in the UK for quite some time and, one day, looked at me and said, “Karen, you are grey: something is not right.” After countless trips to the doctor and even a two-week admission to the local hospital, I headed home to see cardiologist Dr Edward Petzer. I underwent many tests and sick sinus syndrome was finally diagnosed. This is where the heart rate cannot control itself. Somehow, my electrical system had become short circuited. Structurally, my heart is fine and very strong, but it just can’t regulate the beats. I was upset. I felt many things, one of which was a bit silly due to the fact I was a fitness trainer and, of course, there were many jokes. Having the pacemaker fitted allowed my heart rate to stay above 60. At night and at time of rest it was between 25-50 bpm, which is why I was always so tired.

My doctor said this probably had come about due to a virus. When I mentioned how badly I had glandular fever it was thought this may have been the reason, especially as I was continually putting strain on the heart through training and poor eating patterns. It was a long process to getting my head round it. Being told not to carry heavy shopping bags in my left arm, no longer doing exertion training and generally being careful with exercise was hard. Obviously my children were my priority but what did this mean for my career? What it meant was an adaptation to my life and a completely different approach, which I follow through to this day. Although I am still useless at saying no to people, I do know when I need to rest. I have regular check-ups and I have become very conscious of when my clients or others talk about their training. Especially other trainers. Having the pacemaker means that I am never going to attempt to run a marathon, which quite frankly is fine with me, but I have kept up training and I do eat very well.

The best thing to come out of it was my ability to understand others, how and when to push the body and that things do sometimes go wrong. Being so aware of this and knowing everything I have been through, it has given others a greater awareness as well. People will often ask me about it and I have had several clients tell me they were given the confidence to see their doctor because they new something wasn’t right.