My session: My Motorcycle Accident Client

By FitPro TeamJanuary 30, 2020No Comments

Every session with a client needs to be structured to their individual needs and goals. However, there may be elements of this sample session by Adam Batchelor that can be incorporated into your session preparations.

Dave Whiteley was a keen gym goer, with a love of weight training. His world changed when he was involved in a horrific motorcycle accident, which resulted in nine major breaks and 14 fractures.

He was told he would most likely need to have his right leg amputated for the best chance of recovery; he opted to keep it and surgeons managed to save it but no one knew whether he would walk again. He spent three months in hospital and six months in a wheelchair.

Dave wanted to regain his health and fitness and knew he needed help. He was fighting a daily mental and physical battle, struggling with physical limitations caused by the pain he endured with every step.

Dave was introduced to me via a referral seven years ago. For Dave to seek help from anyone, let alone a fitness professional, was a big step. He’s old school – coming from the school of hard knocks, he was in the parachute regiment and now runs a successful pub. He’s driven and motivated but also hugely stubborn; there’s no middle ground with him, which he freely admits!

My first steps were to liaise with the NHS physio who had worked with Dave and have his X-rays looked over by a specialist physio I work with at the gym. I also contacted his wife (with Dave’s permission) to get an idea of how Dave’s accident had impacted on his home life.

My practical concerns were:

Programming had to include a periodised training plan that we discussed so Dave knew what to expect, what I hoped he would achieve and what we’d be able to progress onto. Once the foundation work had been done with rehab, rebuilding his core, mobility and stability, I built him more hypertrophy-based programmes – like the chest and triceps session in the videos.

A seated chest press machine to maximise the resistance Dave can press through his chest without overloading his hips, so he can focus on his pectorals

A cable pec fly – Dave is kneeling to reduce strain and load through the back and hips but also to make him focus on core as well as chest, anterior delt and triceps through the continuous tension the cables provide

A TRX triceps press – a perfect example of how to train triceps while promoting core engagement, strength and stability through the rest of the body

I always get Dave to perform core work at the start of each session. This is to activate his TVA and obliques to help him stabilise and get his kinetic chain working effectively on his heavier lifts, and to help prevent him loading incorrectly through his lower back or hips.

When programming for someone with metal framework, a replaced hip and a worn knee, I’m mindful not to put excessive repetitive strain through major lower-body joints. For example, if I get Dave to perform a standing movement that loads through hips, I’ll follow it with a seated or lying movement to minimise lower-body load and strain but keep intensity up on the upper-body muscles.

My goal for Dave has been to ensure he can follow structured workouts safe in the knowledge he won’t hurt himself and also that he’ll enjoy himself, see visible results and keep his confidence sky high!

When working with a client like Dave, instead of programming entirely for what you think is best, you need to include training modalities and exercises the client enjoys and believes are good for him to get the best long-term, sustainable result.

Don’t be afraid to ask for help and seek advice from other professionals like physios and trained NLP or CBT practitioners. I believe our job as fitness professionals requires us to understand the mental as much as the physical aspects of long-term health, fitness and happiness.

Two years ago, Dave became one of the first people in the UK to have all his metal work removed. He had built so much strength and stability that the surgeons said he would thrive without it. This is testament to him, as much as it is to me, and he continues to train with me on a weekly basis with an intensity and ability that belies his age and injury history. 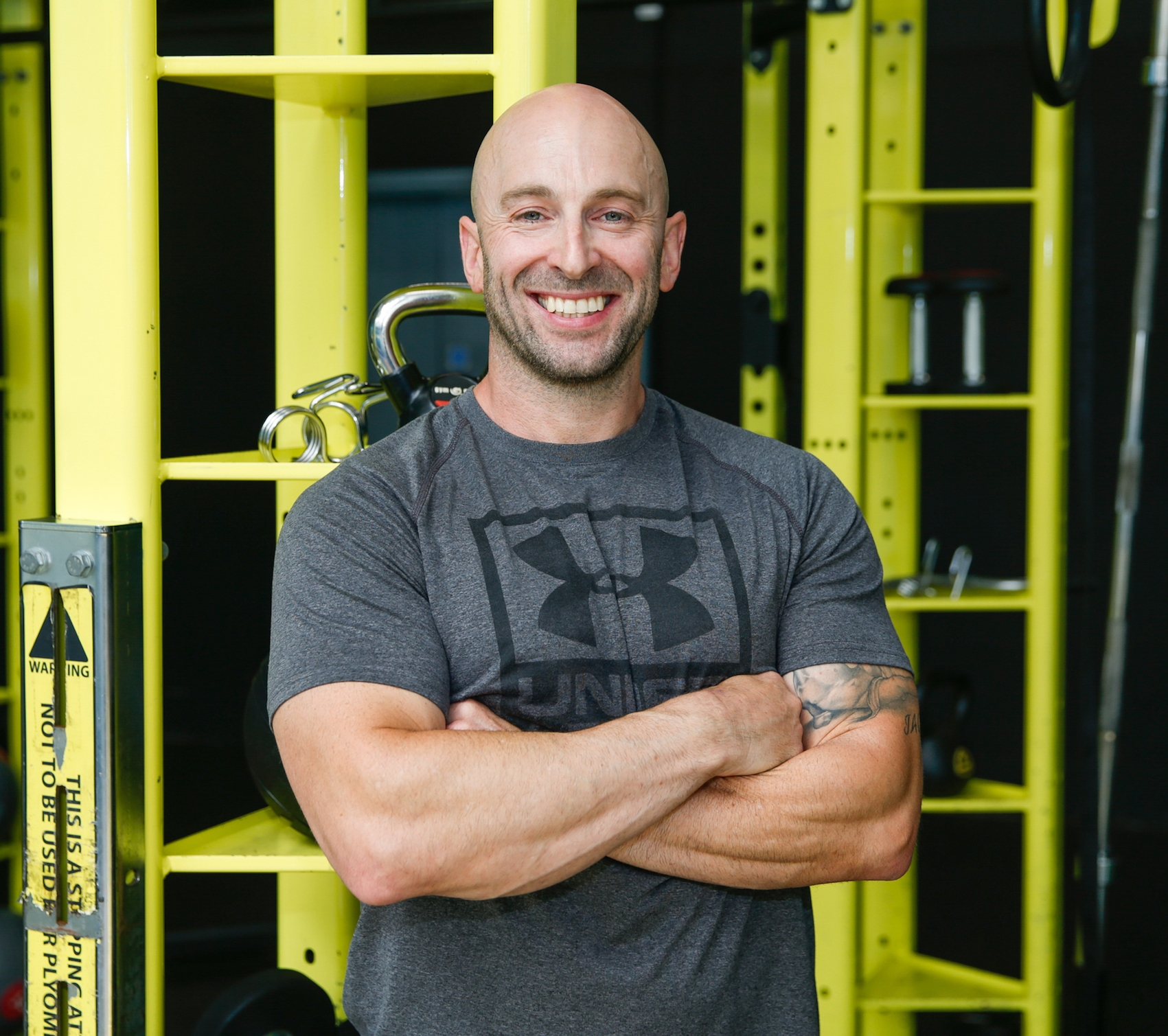 Having gained valuable experience as a fitness instructor and regional fitness manager for Fitness First, Adam Batchelor set up NRG4LIFE in Huddersfield in 2001. Adam has written for the Huddersfield Examiner and featured in health and fitness articles in local publications. He is now reaching a wider audience through his online coaching and packages and fully customised app.