FitPro talks to successful PT Ally Taylor, who underwent a hysterectomy, and her surgeon, to find out how an active lifestyle assists recovery.

Hysterectomy is not often discussed in our industry. However, there are many women going through this surgical procedure. You may train someone who is affected by it or you may be on this path yourself.

So what is a hysterectomy?

For fitness instructor Ally Taylor, fibroids began to impact on her life a couple of years before she sought help. She needed to wee regularly and was fatigued. She found recovery from training slow and would lie in bed with her legs in the air to alleviate the tightness in the back of her legs. Her periods were irregular and she had a constant “gnawing period-type pain”.

Ally felt “embarrassed” to see a doctor. When she finally did, she was referred to surgeon Mr Jay Chatterjee. He found Ally had multiple fibroids “in awkward positions …. They were sitting on top of the bladder, on the bowel, going into the pelvic side wall, sitting on the vessels, etc., pressing on the ureters.”

Mr Chatterjee discussed the options, including embolisation to shrink the fibroids and taking the fibroids out. Fertility wasn’t an issue (Ally didn’t want to have children) and she wanted to feel better quickly, so they dismissed embolisation (which could take time) and decided on surgery. Mr Chatterjee explains, “The number of hysterectomies in the UK has gone down because we are using a lot of medical treatments in dealing with heavy bleeding, etc. We now embark on hysterectomy … when everything else has failed. Ally’s problem was different because she had large fibroids, which were impacting her life, and she was seeking help for compression symptoms on her bladder and bowel, which was giving her the main problems.”

Aside from the emotional impact – particularly on women who wanted to have children – the physical impact of such complex surgery can be huge. Ally puts her fast recovery down to pre-op fitness and positive mental attitude. “I only had two weeks from diagnosis to surgery so, if I wasn’t already fit, it wouldn’t have been enough time to make a significant difference. I would also say health generally made a difference. Science suggests that eating a diet that is low in inflammatory foods (fewer processed foods, refined sugars and alcohol, and more veg, lean protein and omega-3 rich foods) aids post-surgery inflammation. The importance of having a good and diverse microbiota is key in reducing inflammatory signals in the body. This can be achieved by consuming a diet rich in live bacteria and high in fibre. Probiotics can be used as a short-term boost.”

Mr Chatterjee agrees that Ally’s level of fitness and the fact she had keyhole surgery contributed to her fast recovery. He remembers Ally trying to walk by the evening on the day of surgery. When Ally returned a few weeks later, all her scars had healed; Mr Chatterjee could hardly tell she’d had surgery.

For women facing a hysterectomy, Ally recommends they start preparing for it as soon as they can. She advises building up cardio fitness, incorporating an hour of moderate-intensity exercise three times a week, and including basic strength training with weights and core training “to get the body used to the break/repair cycle, as well as build lean muscle tissue and general strength, so you can use your arms to lift yourself out of bed and chairs in the early days when your core isn’t working and will be painful when stressed.”

Ally’s surgeon advised her to take four to six weeks off after the operation and lift nothing over 2kg for six weeks and nothing over 10kg for 12 weeks. Before surgery, Ally built up her walking to 1.5 hours and, as a result, by week four she managed an hour’s walk. “A recovery programme needs to be based on the person – what’s their goal? Surgeons will give recovery advice based on patients’ original condition, the type of operation, whether ovaries were removed and pre-op fitness and health status. Exercise choice and advice to the client should be filtered through the biopsychosocial model. People’s emotional and social beliefs impact on their recovery and beliefs about what they can do. For example, if they know someone who had a bad time, they may expect this to happen to them and be reticent to move or load again.”

Ally points out that, if the ovaries are removed, surgical menopause immediately happens (if she hasn’t already gone through it), bringing menopause symptoms. She adds, “The known side effects of oestrogen and progesterone depletion – reduced bone density, increased risk of osteoporosis, decreased metabolism, etc. – can lead to weight gain and increased risk of connective tissue injury, so a trainer needs to know if ovaries are going, as this will have a bearing on how they train the woman (she will need to get back to weight-bearing exercise for bone density but may get dizzy or nauseous, for example), as well as emotional support.”

Alongside walking, in the first two to four weeks Ally’s exercise was chair based, plus basic floor work with core rehab with simple pelvic tilt and abdominal activation movements. Using a towel for upper-body and arm work, she strengthened the tissue and encouraged an upright body posture, which “took a lot of mental willpower”. By week four, she was holding onto the chair for single-leg balance with pelvic floor activation and doing short stride crouches moving a towel overhead, transverse squats, etc. to begin to mobilise, co-ordinate and strengthen the muscles around the pelvis and add vertical loading to the core muscles.

By week six, she added a hop from one foot to the other with pelvic floor activation. She explains, “It’s all about mobilising – doing those little crunches you’d usually say there’s no point doing! Retraining the muscles to get you from lying to sitting to standing safely without straining your surgical sites is important – especially the vaginal vault, which takes time to mesh together, grow new collagen fibres and become strong. Putting pressure on it too quickly can cause it to tear, which can cause pain and organ prolapse through it. Initial training is essentially pressure and load management. Once it’s fully healed (around 12 weeks) you need to take it through a graduated loading programme to get it to where you want it to be, which depends on what activities you want it to cope with.”

Dr Jay Chatterjee, Ally’s surgeon, adds, “The morning after surgery, Ally was walking about and eating. The pain was well controlled. In the first three weeks we try and say not to strain your abdominal muscles too much but, because it’s keyhole surgery, people heal well. We don’t cut muscles; we make tiny incisions. You can then do pretty much whatever you want. Some patients ride horses and will go back to that.”

For fitness professionals working with clients facing a hysterectomy, Ally has the following advice:

Check out 3 FREE video resources on early post operative movement rehab. These 3 videos were filmed by Ally at weeks 2, 4 and 6 of her own recovery from a radical keyhole/vaginal hysterectomy with ovary conservation. 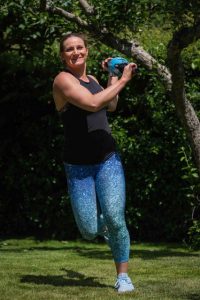 Ally Taylor has been a personal trainer and group exercise instructor for over 21 years and runs a private studio in East Horsley, Surrey. She specialises in training the human being, not just the human body and believes we need more focus on movement for health, rather than just aesthetics. She has also worked in fitness education for over 12 years and has trained over 1000 trainee fitness instructors in that time. 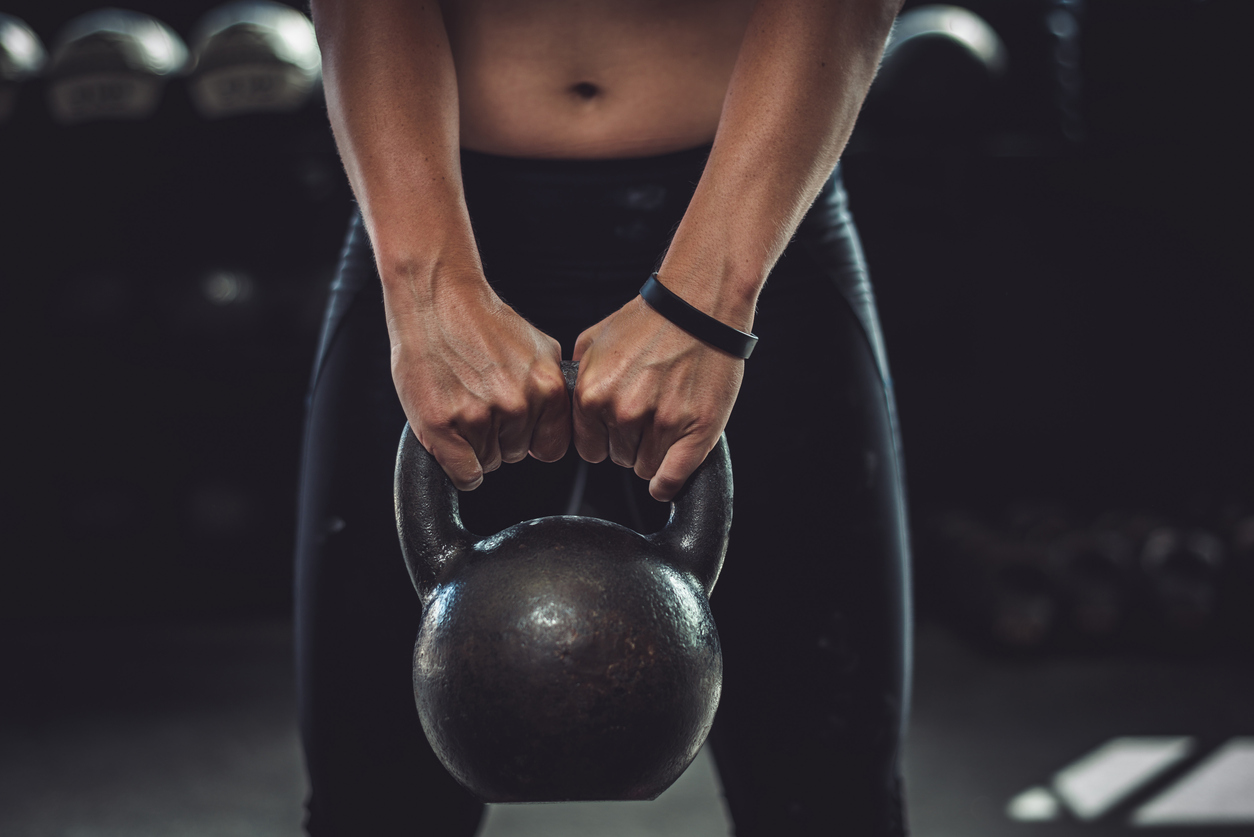