How the Parkinson’s Pro creates his programming

Home » How the Parkinson’s Pro creates his programming

Tim Webster shares the fun antics of his group of clients with Parkinson’s and how he uses his knowledge – shared in his course – to create his own training programme for those diagnosed with Parkinson’s.

It was a wet Tuesday afternoon when Neil rocked up at the gym. He looked fine, except he seemed to be fidgeting all the time. I subsequently learned that this was dyskinesia (a condition caused by long-term usage of the Parkinson’s medication Levodopa). Long story short, Neil had heard that I worked with Parkinson’s and wanted me to give him a workout that would push him hard.

I developed a movement-based programme that worked Neil to within an inch of his life and, somewhat disconcertingly, he loved it. In fact, he loved it so much that he told his mate Wayne. Wayne was diagnosed with Parkinson’s in 2003 and he already had a full-on training programme with a personal trainer. We were able to layer-on the Parkinson’s-specific stuff around amplitude (big movements), balance, co-ordination and so on. So now I had Neil with dyskinesia and Wayne with a tremor. Wayne was followed by James (bradykinesia or small movements) and Michael (former Commonwealth Games swimmer who had balance issues).

Then something interesting happened. At that time, I was charging $10 (£5) a pop. Wayne sidled up to me after one session and, to put it bluntly, told me $10 was embarrassing and that I was to put it up to $25 with immediate effect. Lesson learned. You’ll hear people working in healthcare suggest that those living with long-term conditions like Parkinson’s should get access to exercise for little or nothing. Anything else is profiteering from the misfortune of others. Wayne begs to differ. Let’s not undervalue ourselves folks.

I should also mention at this point that James (bradykinesia) only discovered that he had Parkinson’s when, following instructions from one of the trainers at the gym they both attended without knowing one another, he called Wayne for a chat. James outlined his symptoms and Wayne diagnosed Parkinson’s over the phone. James went to a qualified neurologist for a second opinion but she simply confirmed what Wayne had already told him. And, thus, Wayne has become something of a de facto expert and minor celebrity.

Anyway, to recap: now I had dyskinesia, bradykinesia, tremor and balance to deal with.

I started to think about how I could develop a programme that covered all of these things and was fun. I have a physical education background with a penchant for ball games, so it seemed logical to introduce ball drills to the group. They think I make the drills up myself (it didn’t do my cred any harm to let them believe that) but the reality is that I scoured the internet every week for skills and drills (netball was and is a particularly rich source of material). So now I had a way of making the group move in a highly intense way that involved changing direction, accelerating, decelerating, balancing, catching, passing and so on, all in a format they enjoyed.

The fun element is crucial for neuroplastic adaptation, so it wasn’t long before I was trawling my way through YouTube looking for party games I could adapt. Suffice it to say, there’s a lot of meaningful fun to be had with balloons, noodles, bean bags, old clothes, rock-paper-scissors, noughts and crosses, handcuffs, peanut butter and/or rubber chickens.

I also use boxing as a medium for working on fitness, balance, power, agility, cross-body, right-left brain stuff and so on. We are currently practising a synchronised boxing routine to the beat of Uptown Funk. Yes, I know it’s been done to death, but they don’t know that.

Anyway, the group has now expanded to 10, featuring two more balance, one rigidity and two co-ordinations, plus one diagnosis that Wayne got wrong but who keeps turning up nevertheless.

They work hard, laugh a lot and value the feeling of being in control of a condition that could easily get the better of them, above pretty much anything else.

Explore Tim’s programming in action in the video below.

Where to next? Why not read our blog on Training Vulnerable Clients 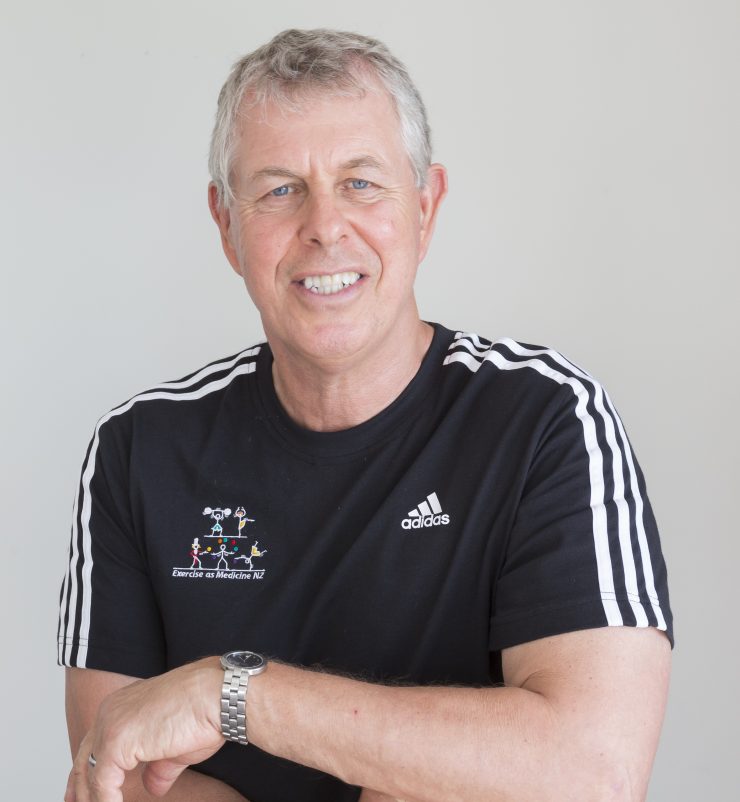 A physical education graduate of Loughborough University, Tim Webster is based in Christchurch, New Zealand where he specialises in working with neurological conditions. He is a founding director of Exercise as Medicine NZ, which is a charitable trust focused on delivering condition-specific exercise to people living with long-term health conditions and teaching exercise professionals to do the same.