By FitPro TeamSeptember 23, 2021No Comments

We hear from the course author of ‘Exercise Strategy for Perimenopause to Post Menopause’, Marcelle Malan.

The concept that physical activity should be a core lifestyle element for healthy and functional ageing is very well supported.1 Aerobic capacity and muscular strength are key indicators of health and functionality in older age. But, of course, functionality doesn’t just start from the neck down and maintaining brain health is just as essential as maintaining the health of the rest of the body.

Cognitive decline, from mild cognitive impairment to dementia, affects a significant proportion of the older population and often goes hand in hand with a loss of physical function, autonomy and quality of life.

Alzheimer’s disease, the most common form of dementia, is characterised by a devastating loss of cognitive function and affects women at about twice the rate seen in men. Some research supports menopausal hormone replacement therapy as being protective against Alzheimer’s, suggesting that women’s higher risk is associated with hormonal changes around the menopausal transition. Indeed, cognitive functioning during menopause is a significant issue for a lot of women. So, while everyone should be considering their brain health into older age, it is especially important for women.

The role of physical activity in the prevention of cognitive decline has been widely studied, with more than a passing amount of evidence suggesting that participating in exercise can improve cognitive function. Adults who are physically active have a whopping 45% reduction in their risk of developing Alzheimer’s disease. Life-long exercisers are ahead of the game on reduced risk but latecomers to exercise can also benefit from improved brain health.2

While there are still significant gaps in our knowledge around exactly how exercise improves brain function, we do know that exercise does a lot of good things for our brain3, including:

Despite the relatively large body of research on exercise and brain health, there is surprisingly little consensus regarding exactly which type of exercise is best and at what intensity/frequency, etc. This is due to a huge variance in the types of protocols used in research and the wide range of participants recruited for studies.

The bulk of research studies on exercise and brain health have focused on aerobic exercise.4 I suspect this is due largely to pragmatic reasons. Medical researchers, as a general rule, don’t make for great trainers and it is much easier to implement an aerobic exercise protocol than a resistance training protocol. The role of resistance training in maintaining brain health has, however, attracted more interest recently and the results are looking positive overall.5

The current research supports both aerobic exercise and resistance training as having a positive impact on cognitive function (although results are somewhat mixed for those who already have advanced Alzheimer’s). However, even though the research out there is largely positive, the huge variance in study design means that using the research to guide what we do with our exercise for brain health can be … tricky.

What I tend to work with is based on the protocols used in some of the higher quality studies, on evidence from other fields of study, and on what I have seen work with people in practice over the years. It’s a mix of evidence-based practice, and practice-based evidence.

It goes without saying that type and intensity of exercise should be individualised, first and foremost. Health status, cardiovascular fitness, musculoskeletal capacity and personal preference should all be taken into consideration. Your brain is attached to the rest of your body, after all.

Exercise, but make it interesting: environmental and task enrichment

Making exercise more interesting adds to enjoyment, helps to lift mood and makes things more stimulating for the brain. We can make exercise more interesting in several different ways, through both environmental enrichment and task enrichment. For both, it is ideal if the form of enrichment is something you enjoy – exercising outside in a nice park is one thing but, if you happen to be mauled by mosquitos, it’s not so nice. Playing a ball game can be excellent but may not be enjoyable if you hated sport at school and the sight of a netball makes you want to scream.

The effects of environmental enrichment have been studied far more in animals than in humans.6 Mice and rats do better – both physically and cognitively – if they are provided with a rich environment full of things to do and smell (i.e., things to occupy their brain). Humans are not so different really, except that most people prefer things to do and see rather than things to smell. But please yourself.

Essentially, enriching an exercise environment and/or a task is about increasing complexity and adding novelty. This is in line with thinking around the type of environment our body and brain evolved in. From an ancestral perspective, navigating a natural environment is physically and cognitively demanding, simultaneously. The two go together.7

Increasing the complexity of an environment can be as simple as taking your exercise session outside. Outdoor environments provide increased sensory exposure in the form of sights and sounds. They also offer variability in terms of ground surfaces for sensory input and balance. Being in a green space has been shown to have a positive impact on mood for many people.

In addition to adding sensory complexity, exercise can also be enriched by adding cognitive load. At the simplest level, this may look like increasing cognitive load by hiking with a friend and navigating uneven terrain while holding a conversation. If you are the antisocial type, you can take a field guide on plants or birds with you and try to identify some of the local species you encounter.

Adding new pieces of equipment or using familiar equipment in a new and novel way can also add cognitive challenge to exercise. Having to focus on a tricky task and/or learn a new exercise helps with developing concentration. You can, in fact, teach old dogs new tricks – and you should.

Concurrent physical and cognitive tasks are a favourite of mine, and not only because I enjoy confusing octogenarians. That’s just a bonus. Set a physical task such as walking on a balance beam or keeping balloons in the air (or both at once!) and then add a cognitive task to the mix. This can be counting backwards from 10, saying the alphabet backwards or improvising a memory game.

For adding enrichment, I am a big fan of play.8 Play-based exercise not only makes exercise more fun but it also adds both cognitive and motor control challenge, both of which are great for getting the brain involved. Play-based exercise is also fantastic for getting the heart rate up in novel ways and is generally more enjoyable than sitting on a stationary bike. No offence to you bike nerds out there.

Play-based learning and activity is used extensively in early education and, in my experience, it also works well in older adults who perhaps have not exercised for a long time and may find it boring or hard. It is very good at engaging the mind in the exercise task at hand.

A note on safety: adding complexity to exercise is great for the body and mind, but it also comes with an increased risk, particularly a risk of falling. I suspect that the reason many seniors’ exercise programmes are so mind-numbingly boring is because those implementing the programmes are excessively risk averse.

Exercise benefits should always be balanced against risk, and both the task and the environment should be set up in such a way as to minimise the risk of injury. This will require some forethought and creativity. The risk/benefit ratio should always come out on the side of benefit, but it is possible to add significant enrichment without significantly increasing injury or falls risk.

Mild cognitive impairment and Alzheimer’s disease have strong metabolic drivers, and any improvement in overall metabolic health is likely to improve brain metabolic health as well. In practical terms, this means including exercise in the Zone 2-4 range, whether in a steady-state or interval-based format. Personally, I prefer interval-based training for higher intensity work but I am not aware of any evidence that one format is superior to another for brain health.

It is no secret that I am somewhat of a zealot when it comes to advocating for functional strength training, especially for older folks. Strength training for adults in middle to older age should ideally focus on maintaining functional strength and musculoskeletal power output. This is incredibly important to counter the significant loss of bone and muscle mass, and concurrent physical frailty, often seen in older, sedentary adults.1

Since physical frailty and cognitive decline often go hand in hand, maintaining physical capacity is an important element of maintaining brain health. More recent research has linked maintaining muscle mass to brain health, although exactly how keeping your muscles active affects your brain function is not clear at this stage. It is likely to be a combination of both biological and environmental factors.

The guidelines around resistance training for brain health are emerging, to say the least, but, based on current knowledge, aim to start around three sets of 8-12 repetitions. Exercise selection should focus on major muscle groups and functional movements such as sit-to-stand/squatting, lifting, carrying, pulling and pushing. This is consistent with recommendations for resistance training in older adults generally. Give some thought to exercise selection to help engage the brain more. Use free weights where possible and aim to include novel exercises on a regular basis.

It’s not all downhill from here

It used to be assumed that the typical loss of physical and cognitive function with ageing was simply an inevitable part of the biological ageing process. No one can realistically deny that ageing in and of itself does in fact involve some degree of decline. However, I have long held the view that much of what is attributed purely to ageing and ‘wear and tear’ has much more to do with long-term sedentary behaviour and lack of meaningful stimulus, than with just the biological effects of ageing. Research into the biology of ageing has disproportionately focused on sedentary adults, giving a skewed view of how we are affected by ageing. Research looking into those adults who are the most functional into older age – both physically and mentally – strongly supports physical activity as a key part of staving off functional decline. Undoubtedly, the best activity for your brain is physical activity.

Why not check out Marcelle’s bestselling course…… ‘Exercise Strategy for Perimenopause to Post Menopause’? 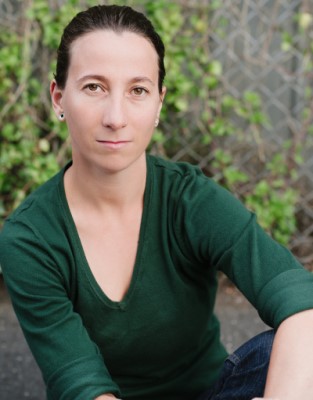 Marcelle Malan is an accredited exercise physiologist, working in private practice in Melbourne, Australia. Her interest is in the application of exercise physiology research to the development of physical and mental resilience for everyday life, particularly into midlife and beyond. Her key areas of practice are: functional ageing, mental health and cognition, stress physiology, rehabilitation, and pain management. She also has a special interest in female physiology and menopause, and promoting a better understanding of the female body in and through exercise science and medicine.