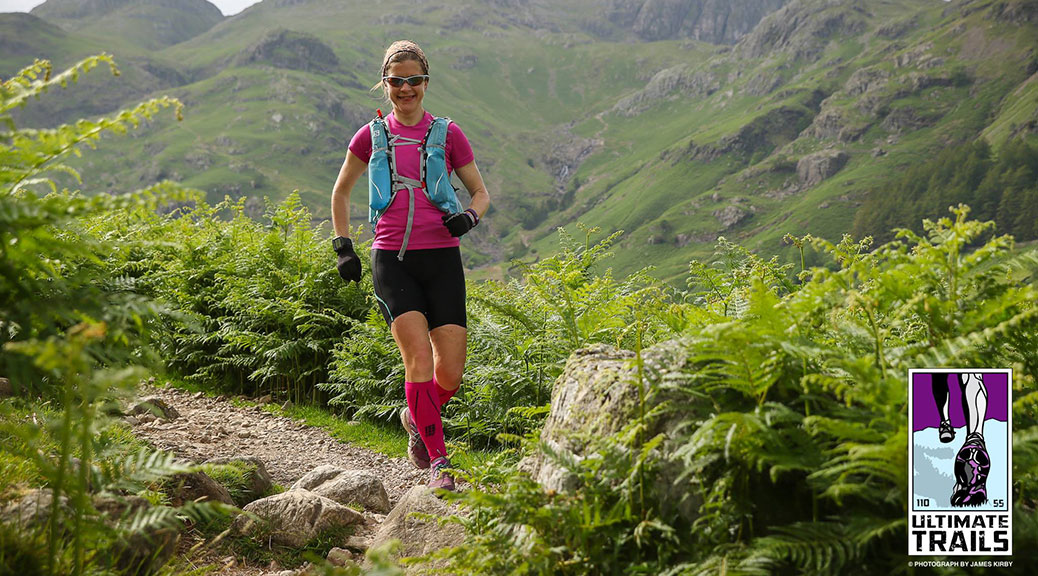 By FitPro TeamFebruary 18, 2016No Comments

Last week, we heard from GB ultra runner Robbie Britton who likes to run far … really far. This week, we talk to Cambridge-based ultra runner Katie Samuelson, who only needed to turn to her 74-year-old father for inspiration. Our final words of wisdom come from Hackney run club co-founder, father and short-wearing enthusiast Matthew Jeary, who shares his top tips for making your first tracks to an ultra.

Running for Cambridge-based Katie Samuelson began in 2002 with a 1.8-mile relay run because one woman dropped out – she turned out to be no slower than anyone else and thoroughly enjoyed the experience. The relatively new runner set three rather ambitious goals: to run a marathon (2004), to run a good-for-age time (2005) and to run the London Marathon (2006) – and to do this every year since! And, finally, to run either an ultramarathon or a triathlon.

Olivia Hubbard:  Why did the triathlon get the boot?

Katie Samuelson: I turned out to be terrible at swimming and biking, so the triathlon never happened! My first attempt at a longer distance was thanks to a running friend, now my partner, who had spotted that while everyone else seemed to love speed work and hate long runs, I loved long runs and actually looked forward to my long Sunday marathon training outings. He suggested a first event for us to tackle in June 2007, which was actually a long distance walk of 44 miles from the Welsh coast to the English border, organised by the Rotary Club for charity. It was a low-key event with no time pressure, so a great first attempt at long distance. We ran some and walked some, and then I was ready for my first ultra run …

My training is pretty much the same as I would do for a marathon, except for longer runs at the weekends (usually in the form of long events – I tend to run several ultras a year as training events at a slow pace, which are prep for a couple of target ultras where I plan to race hard). I also do back-to-back long runs at the weekends occasionally – again, usually in the form of races. It’s not unusual for me to do a park run on Saturday morning, a 9-12-mile trail race Saturday afternoon, and then a 20-mile or marathon on Sunday, or two marathons in two days, for example. I do very little speed work other than a park run, and not as much hill work as I’d like because I live in Cambridge! I try to incorporate hilly runs as much as I can though, mostly by travelling at the weekend in search of mountains. During the week, I run at an easy pace for between 45 minutes and two hours each evening. At the weekend it can be anywhere from a couple of hours to, well, all day and all night too, depending on the length of the event!

OH: Tell me about your experiences to date.

KS: I’ve completed 84 ultras so far, from 27 miles (only just an ultra!) up to 105 miles, and most distances in between. Highlights are the UTLD50 and 100, the Ridgeway 85, Likeys Beacons Ultra 46 miles and Ultimate Trails 110km, but there are many more. On the roads, I also represented England in the National 100km Championships in 2015 and won to become the British champion, and I’ve been selected to represent England again this year. 50ish miles is my favourite distance – long enough to be a proper challenge but it doesn’t break you for long afterwards and you can get back into training really quickly. I’ve never raced outside the UK, but I’d love to tackle some of the US 100-milers and maybe Transvulcania.

KS: As well as yoga, I regularly use a foam roller, not just post race but as daily maintenance, and I also like to get a sports massage whenever I can. I don’t use ice baths at all, but I will use an ice pack on an acute pain if needed, and I like to wear compression calf and quad sleeves for a few hours immediately post-event. I’m a big fan of soaking in a nice hot bath to combat stiff muscles, and I always make myself go out and get some exercise the day after an event. If I’m too sore to run it might only be a little walk, but I find that keeping moving is the best way to help tight muscles and DOMS.

OH: Quite simply, why do you do it?

KS: I love being outdoors. I love nature, mountains, forests, sky, the sea, lakes, birds, sheep …! I come from an outdoor walking and bird-watching family and so spending time with nature is a lifelong habit. Ultra running is a natural extension of that; I tend to choose off-road events that allow me to spend hours and hours and hours in amazing places and it’s as much about the experience as the athletic endeavour. Whether it’s sunrise over Haweswater, sunset in the Wasdale Valley with England’s tallest mountains surrounding you, a line of head torches snaking up Nan Bield or the amazing night sky in the middle of nowhere, the Lake District in particular but also Wales and many other regions have provided some of my most incredible memories, not just in running but in my entire life. I’ve run through floods, gales, blizzards, heat waves and every terrain you can imagine. No other event would provide that experience of the wild in all its many glories. There’s also the camaraderie, which is always amazing in an ultra event. Even though you are in theory competing against each other, people will tend to buddy up and help each other out far more than in shorter events.

OH: What’s in your lunch box?

KS: For the 100 miles, for example, there are meal stops where you can grab a bacon butty, soup, bowl of pasta, rice pudding, etc. Gels and sweets are fine for a marathon, but in longer events I find I need proper food otherwise I feel hungry and start to get very queasy. Jaffa cakes, flapjack, Turkish delight and halva are my favourites. And not just sweet stuff either – the longer the event, the more I start to crave savoury food. Pork pies and sausage rolls always go down well, as do tuna sandwiches and roasted salted potatoes, but I’ll eat almost anything on a long event.

OH: When are you stopping the longer runs?

KS: My Dad is 74 and had a heart attack 15 months ago and yet he completed his very first ultra at the start of January, so I’m hoping I can keep going for a while yet! I don’t really have a goal in mind in terms of distance – I’ve completed a 100-miler which was my last ‘must-do’, and I’d like to do more 100-milers and get a good time for one, but that will happen when it happens, and I’m considering attempting a 24 event, where the goal is to go as far as you can in the time rather than to complete a set distance.

Give me 50 miles any day

Matthew Jeary founded a running club so he could go to the pub midweek. As he works from home most of the time, he pulls on his shorts as soon as he gets out of bed so he’s always ready to go. Here, he shares his top tips.

Wise is the new cool. Wise people give sage advice and, in my small but populous world of North East London, I am handing it out – and the subject matter is running. It’s February, so the fitness bug is biting and there are box fresh runners everywhere. It’s kind of understandable that they will turn to me. Over the last three years, I’ve transformed from an occasional lap-of-the-park jogger to a super-fit ultra runner. Plus, I am almost always in shorts, so I’m clearly the go-to guy for running tips. 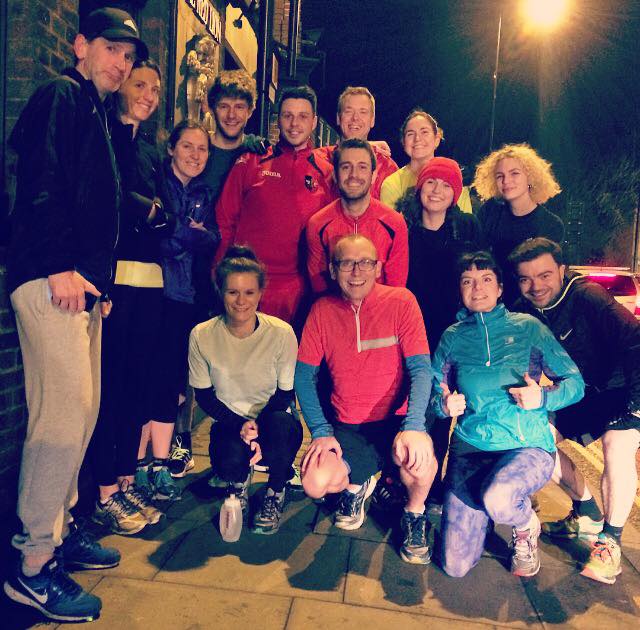 If you missed our interview with Robbie Britton from last week, you can read it here.