By FitPro TeamJuly 8, 2014No Comments

Olivia Hubbard interviews 21-year-old GB skier Callum Smith on his challenging race in Sochi. The skier shares how he overcame the mental challenges he faced during the race and what he learnt.

Callum Smith, the fifth youngest skier in the 68-strong field, clocked a time of 1:17:37:1 hours to finish 62nd in his first ever Olympic race: The 30km Cross – Country Skiathlon. Switzerland’s World Champion Dario Cologna was over nine minutes quicker for gold and Smith insisted it was not easy on his part. The skier described his race as tough and has admitted since that he started off pretty hard initially, which may have been the reason for his downfall. The athlete experienced extreme tiredness for the final 10km and, as a result, found it near impossible to complete the last stretch of the race. The young competitor then became isolated for a while, trying the best he could to keep up with the other athletes. It is important to note that the selection alone for this race is highly competitive, with a lot of smaller nations not even competing at all. It is truly exceptional what this young athlete has achieved. In endurance sport it takes years to work through the rankings, the average age being 29 in Cross Country skiing to secure a medal. I chatted to Smith about his experience.

Olivia Hubbard: “How did your Sochi experience compare to other events you have competed in?”

Callum Smith: “The actual races themselves were not dissimilar to the world cup or world championship events I’ve competed at, but everything else was so much bigger. The athlete’s village was amazing and, of course, the general public interest in the Sochi Olympics was far greater than what I’m used to.”

OH: “If you had to pinpoint a particular angle of the Sochi Olympics which you found increasingly challenging, what would you say it was?”

CS: “Skiing 30km on one of the toughest courses I’ve ever skied on among the very best skiers from every major ski nation.”

CS: “I think cross country skiing could be closely compared to the longer athletic event; for example, in the 10,000m the challenges faced are similar. I guess the most important thing would be never giving up, even on a day when you’re not feeling your very best.”

OH: “You have previously mentioned that the race was tough – was there a moment when you really had to break down mental barriers? At what points in the race were you really challenged?”

CS: “With particular reference to my competition race, in terms of natural forces, gravity was pretty hard on us when climbing all the way up from the lowest point on the course back up to the stadium on the final lap.”

OH: “Were there any strategies in particular that helped you cope with the internal and external pressures and obtain a positive mindset? Do you use visualisation techniques?”

CS: “Yes, I do use visualisation techniques; I tend to have a plan of exactly which techniques I’m going to use on each part of the course at least one day prior to the start. I try to block out thoughts about other competitors and just try to ski races as fast as I can possibly go.”

OH: “What does your support team consist of? Do you work with a sports psychologist? If so, in what way has your career benefited?”

CS: “Our support team generally consists of our head coach and a ski waxer (at the Olympics we had two waxers who ensure the skis are waxed ready for the race.) Where possible, we also have the support of a Scottish Institute of Sport physiotherapist or physiologist. Our budget is very tight, so currently we can’t afford to have support teams the size of those that most nations take to competitions.”

OH: “You are about to head back to university after a year out for training. How have you been able to balance your studies and training effectively?”

CS:“It’s certainly not easy; my chemical engineering degree has a large number of contact hours and a large volume of work. I fit training in before classes and after classes, sometimes leading to some very busy days! The university was very good about letting me have this year out and I hope they will continue to support me when I start back in September.

“In three years’ time I want to have finished my degree, or at least the bachelor’s part of it, and I do also really hope that I will be preparing for the PyeongChang 2018 Winter Olympics.”

When asked about his support team, Smith says, “I have a coach who writes my general training programme, as well as what we do on training camps, and it is while on these camps or at my races that the coaches who are present help to analyse our technique. This often involves filming on a tablet for immediate feedback. For some camps or races a video analysis specialist from the Scottish Institute of Sport comes out and helps to give us a more detailed breakdown of what we could improve on.”

Focusing on the positives

The skier concludes our interview by commenting that his biggest sporting inspiration is cyclist David Millar because, despite being caught doping, Smith is a believer that Millar came back strong and ready to change the face of cycling forever. Words of wisdom from Smith would be to just stick at it. Disappointment aside, the athlete is adamant that so many positives can be drawn from the experience, motivation in particular proving an invaluable asset as he builds on his already highly commendable foundations. The National team have been praised in the steps they are taking to become a major ski nation. These steps have been taken with a lack of funding, Callum’s race is a true reminder that we have incredible home talent.

It’s back to training now for Callum Smith, who enjoyed some time away post Sochi. For the young athlete it’s back to the books – with his head most definitely held high. 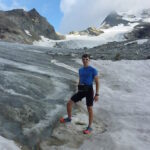 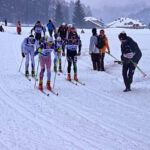 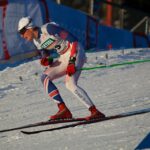 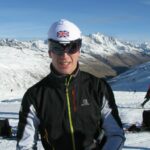 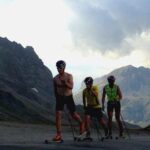