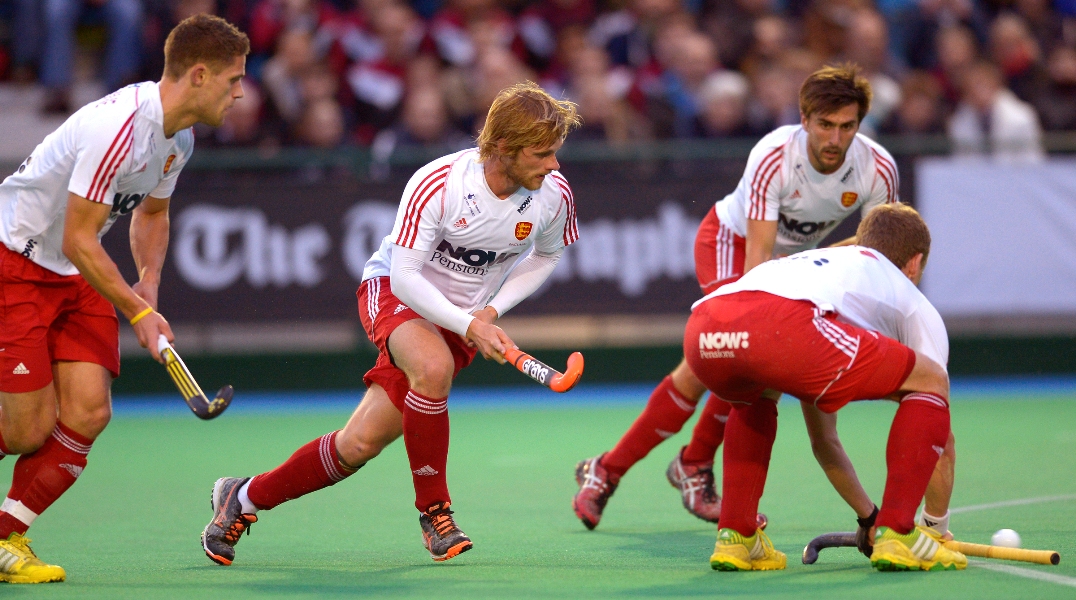 By FitPro TeamJanuary 16, 2015No Comments

Olivia Hubbard: Why did you decide to get into strength and conditioning coaching?

Andy Hudson: I don’t know if it was a deliberate decision. I had the opportunity to do some contract work with the England Netball team, so I evolved into it. I got a sense of feeling satisfied about helping people and working with a person who realises their sporting ambitions; that was really the main driver.

OH: What would you say are your main philosophies that help drive your programme design?

AH: Probably one that involves not excluding anything and maintaining an open mind really … always looking for a new way or a better way to deliver something – nothing is off the table.

OH: Motivation – the big word. The game changer. How do you give them that ‘get up and go’?

AH: In my role as physical preparation, you can’t be constrained by a specific discipline. We do more than coaching someone’s speed or coaching in the weight room so, if you want to get the most from somebody, then they have to be fully convinced that what they’re doing is going to impact on the quality of their performance. So, understanding the athlete who you work with is about being really clear about what drives them – most of the athletes who we work with are intrinsically motivated and so being able to communicate the message you are trying to deliver is important. It’s about sharing the journey and expectations with the individual and essentially seeking for the individual to be able to work for themselves. 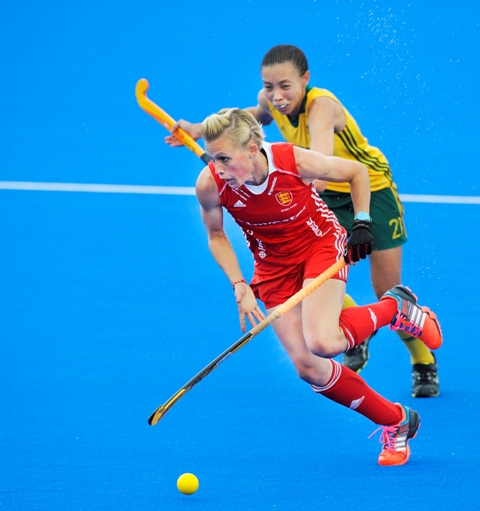 OH: How do you effectively monitor an athlete’s fatigue?

AH: We have a number of systems in place. We do that both subjectively and non-subjectively. Any good coach spends an inordinate amount of time with the people they are responsible for – knowing about them and caring about them and communicating with them is key. We have a daily athlete monitoring system – which requires the athletes to collect information about the quality of sleep, sleep duration, time to get to sleep, motivation markers, etc. – so we use that as an early warning system. We monitor trends in terms of how they are adapting and what is relative and normal to them. Then we collect information on their heart rate at the beginning and end of the week, look at heart rate recovery tests, which give us an indication of stress, and explore muscular fatigue through technology. These techniques help to inform us about how they’re coping with the stress of training.

OH: Take me through the pre-match training techniques that are most effective.

AH: There are a number of physical qualities that are required to make a good international hockey player. Fundamentally, hockey is a tournament-based sport, with the Olympic Games consisting of eight matches in 13 days. We have to develop robust athletes who are able to manage and sustain work over time. If you get through the volume of work, that is what makes the players durable. We need to make sure we have athletes with good aerobic capacity and athletes who can run and accelerate at a high speed and change direction effectively, as well as being able to express high levels of force, generate lots of power and have good isolated soft tissue conditioning. We refer to that as building the chassis and then developing the engine. We ensure there are appropriate periods of hardship balanced with effective periods of rest. Then there are multiple strategies that fall into place to deliver on each of those physical qualities and how you mesh these things together. We might have periods of time where we will emphasise certain physical characteristics. Early in the training year, we might spend a period of time making sure they have good movement quality and body control, as well as good anterior trunk strength and unilateral control. This creates the right conditions to prepare them for speed adaptations. Once they can run quickly, we work on them being able to repeat it.

OH: What challenges did you face at the Olympics?

AH: The issue with the Olympics is that it only happens once every four years. The GB Hockey programme is effectively a professional programme. The women had the Champions Trophy in Argentina in December and our GB men flew to India to compete in their Champions Trophy. A tournament at this level has us playing against the top teams in the world, which is something we only have an opportunity to do a couple of times a year, so there is real pressure. What you learn about the Olympic Games is how to compete under the greatest pressure and scrutiny with the highest expectation.

The physical challenge of the Olympic Games is that we’ll be playing against the top 12 teams, in conjunction with dealing with the psychological pressures of the uniqueness of the tournament, which in itself can be physically and mentally draining.

On Sunday 25 January the Hockey 5s Finals will be played out in front of thousands of fans at The SSE Arena, Wembley, as England Hockey’s indoor club season comes to a dramatic conclusion.

OH: What training techniques would you use to reduce the risk of injury?

AH: Historically, we would have a number of challenges keeping people on the pitch as a consequence of localised soft tissue strains. Players are positioned low to the ground, close to the ball, so players find themselves in a forward flex position. Therefore, there are a lot of unusual positions that our athletes find themselves in. The strategies that we employ against the awkward positions are rehearsing movement control – and making sure that any significant muscular imbalance is addressed. We spend a good period of time dealing with high-volume soft tissue conditioning and exercises to ensure we have bullet-proofed the muscle architecture. The type of work we do allows for a collagen synthesis in the muscle tendon units. This helps to improve the robustness of the soft tissues. By managing training load effectively, we ensure we can sustain physical development over time. Sometimes we want our players to be over reaching; sometimes we want them to recuperate. It is a combination of managing the training load and understanding the athlete.

OH: Could you tell me about your warm-up strategies?

AH: We arrive at a game at least an hour beforehand. This allows us some time to understand the environment and assess factors such as the weather conditions. When we talk about preparing for a match, we need to ensure that we’re well rehearsed. It’s far more than just the warm-up. There is always a window before an international for the national anthems, so we allocate at least 40 minutes for warming up. Players have to do their weigh-in before and after the game, in order to discover how much fluid they have lost when we weigh them afterwards. The players then undertake floor-based mobility work, which is very individual. Once this is complete, we will head out onto the pitch and do some dynamic movements, which gradually become more and more intense.

Actions focus on dynamic range around the hip and activating and recruiting the trunk. We will also do linear track-based drills, but then a lot of our warm-up exercises are very low to the ground, so we will incorporate some hurdle-type work, lunging and crawling-based movement. Then, of course, we have the perfect opportunity to rehearse higher intensity running. After the players have completed the high-intensity running element of the warm-up, we then go into the stick and ball work on the pitch.

OH: How would you target the training with regard to the position of each player?

AH: The forward line will deliver much higher intensity running, while the midfield will tend to cover more ground. Our full backs will effectively spend the entirety of the match on the pitch. We therefore make adjustments depending on the intensity of the running sessions but also the training exercises with regard to what situation that player might find themselves in. Midfield players will find themselves involved in shuttle-based work and the level of running is largely focused on what that particular player needs.

OH: Tell us about the power of strength training.

AH: Physical qualities, such as speed and power, are key. All the players are competent with Olympic weightlifting techniques. Strength and power exercises will include jumping, sprinting and squat variations. We will also do resisted lunge-based work and isolated soft tissue muscle conditioning work. We focus on the areas that really get affected when playing high-intensity hockey. Finally, we make sure that at least a couple of times a year the players do get decent exposure to some proper strength training. 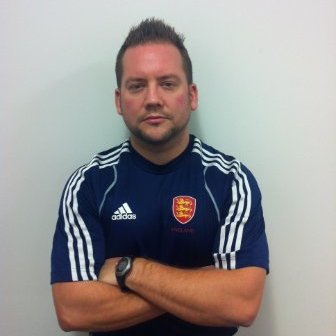 Andy Hudson has worked for the English Institute of Sport for over 10 years and is the head of physical preparation for the GB and England Hockey programmes. Andy has worked with a range of Olympic and non-Olympic team sports and specialises in developing game-specific speed. He has spent several years working with UKA sprinters and running the strength and conditioning programme for England Netball, and has worked in Paralympic sport. Andy has spoken at both the NSCA and UKSCA conferences on the work he has done on monitoring and GPS technology, and is a tutor and assessor with the latter organisation.