‘Le Parcours’, meaning ‘the course’, was the French phrase passed down to David Belle, one of the founders of the discipline, from his father Raymond Belle. Derived from French physical educationalist Georges Hebert’s original theory of ‘Parcours du combatant’, the term has its roots in the course method of obstacle training and was conceived in the tranquil Parisian suburbs. David Belle alongside childhood friends Yann Hnautra, Chau Belle, David Malgogne and others were said to drive much of the early training and formed ‘Yamakasi’, a group of nine young men and a Lingala word meaning ‘strong man, strong spirit’. Despite their public branding as ‘wild men’, the childhood friends continued to practise their discipline. Following ‘Parcours’ was the name ‘Art du Deplacement’ or ‘art of displacement’ which was later followed by the altered ‘Parkour’, which David Belle acknowledges his friend Hubert Kounde as having coined1. Parkour is also known as freerunning after pioneering practitioners introduced the term in a UK Channel 4 documentary called Jump London. Parkour Generations founder Dan Edwardes shares with FitPro the truth behind Parkour and key approaches to perfect your ‘step vault.’

The truth about Parkour 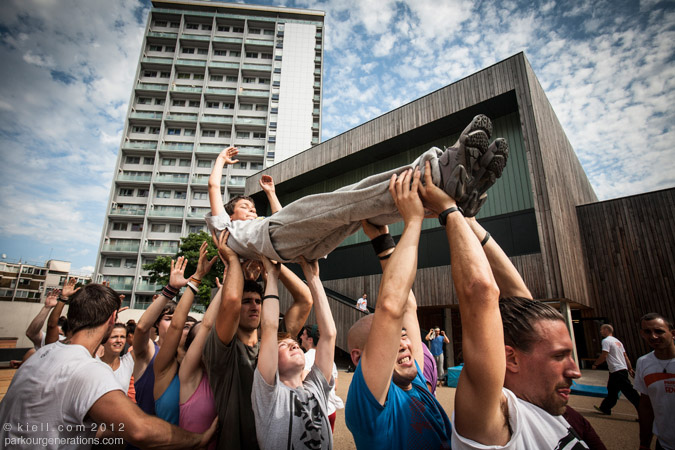 Parkour – that explosive visual spectacle of superhuman movement feats you now see in every Hollywood action movie and TV commercial around the world. At least, that’s how the majority of people think of it, their exposure being limited to YouTube videos and those very same movies that idolise the big jumps and acrobatic manoeuvres that have captured popular imagination.

The truth of what Parkour actually is, however, is very different. Those grand stunts and moments of spectacle are simply a by-product of what is, in fact, a rigorous, disciplined and highly sophisticated integrated movement practice: a practice that seeks to restore an individual’s full physical and mental potential by harnessing their true natural movement and by immersing them in a ‘flow’ state for almost the entirety of their training time.

Parkour brings about these incredible physical results in its practitioners due to the fact that it is a truly holistic practice. There are no isolated movements, no redundant ineffective movement patterns and there is no zealous focus on deconstructing or over-programming our natural movement to the point that it becomes something unnatural and, frankly, not useful. The number of people we have welcomed into Parkour training from more ‘traditional’ fitness paradigms who have quite simply lost the ability to move with their rightful animal athleticism – their true human heritage – has been shocking. What’s been fantastic, however, is seeing those same people then reclaim that physical grace and agility through returning to the joyful, challenging culture that is Parkour.

Parkour is predicated on overcoming movement challenges that require constant adaptation to an environment that is not uniform and not linear, and that’s a vital element. We call this ‘task-oriented training’, meaning that we focus on undertaking and completing movement tasks or challenges that require not only good physical attributes but also problem-solving abilities, adaptive thinking and mental control through the management of risk and fear. This creates a powerful cocktail that pushes practitioners into a ‘flow state’ in which their bodies and minds are aligned, unleashing their instinctive, innate athleticism.

But this isn’t primitive movement. Buzzword phrases like ‘primal movement’ and ‘primitive movement’ are all the rage now and, while I see the motivation behind their use, I don’t see Parkour as primitive at all – it is, in fact, hugely sophisticated movement, with complex biomechanics and the constant management of forces such as gravity, elastic recoil, torque and momentum. It’s simple in form but sophisticated in substance. And it’s that sophistication that produces such incredible athletes capable of mastering their environment in ways that have never been seen before. 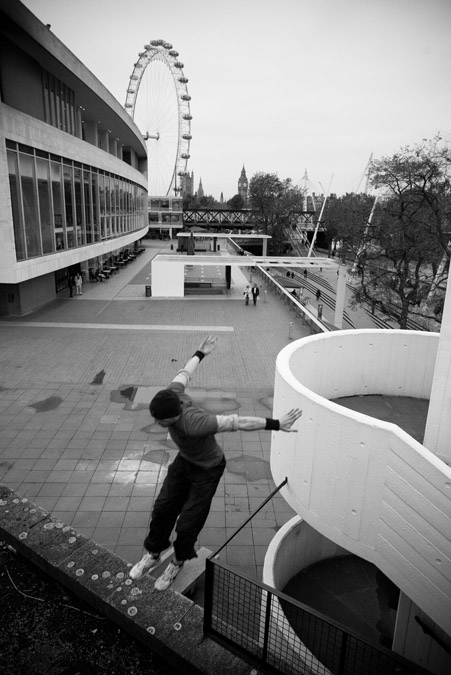 Fortunately for all of us, once we begin to let go of the need to micro-manage our every movement, we enable our natural, instinctive and highly sophisticated athleticism to reclaim its rightful place.

An exercise in pure efficiency and effective motion, the step vault is the safest and easiest way to clear an obstacle in your path below your own chest height. Commonly used to pass low walls, handrails or gates, it can be one of the fastest ways to vault. Train it until you can use it with a natural rhythm, as if you are gliding over the obstacle in your path. Master this technique and you will find it becomes an invaluable part of your basic movement skills.

Key points: Don’t rush. As you push from one leg, reach towards the obstacle with the same hand while you bring the other leg to step up onto it. Be sure with your hand and foot placement, and try to be light on the obstacle as you pass over it.

Step 1 – Approach: Run at a comfortable speed with measured strides. Don’t stutter your steps as you near the obstacle. Be relaxed.

Step 3 – Passing over: As you pass over the obstacle, your trailing leg comes up and through the space between your body and the top of the obstacle. Keep your momentum going forward, and this trailing leg then becomes the leg to touch the ground first on the other side. 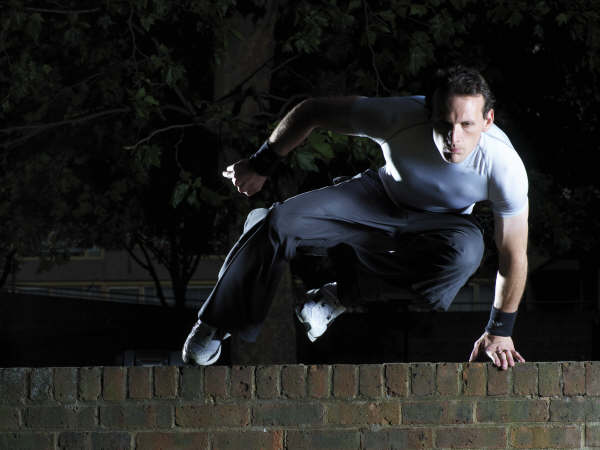 Dan Edwardes is founder and director of Parkour Generations, the world’s leading Parkour organisation, with operations in Europe, the Americas and Asia. Co-creator of the global A.D.A.P.T™ and Movement Fitness Specialist™ certifications and the groundbreaking Mov’ programmes, Dan is also an expert in several fighting arts and author of The Parkour and Freerunning Handbook.

Dan has been instrumental in establishing the largest and most successful Parkour teaching framework in the world, running the Parkour Generations Academies and teaching regularly both in the UK and internationally.

Dan travels extensively, helping others learn how to coach and to move, and regularly gives keynotes, presentations and seminars around the world, with a particular interest in encouraging an holistic approach to modern living through the integration of man’s primal nature with the increasingly urban environment, and the positive benefits of managing risk and fear. When not training, Dan spends his time adventuring, exploring and remembering to breathe. 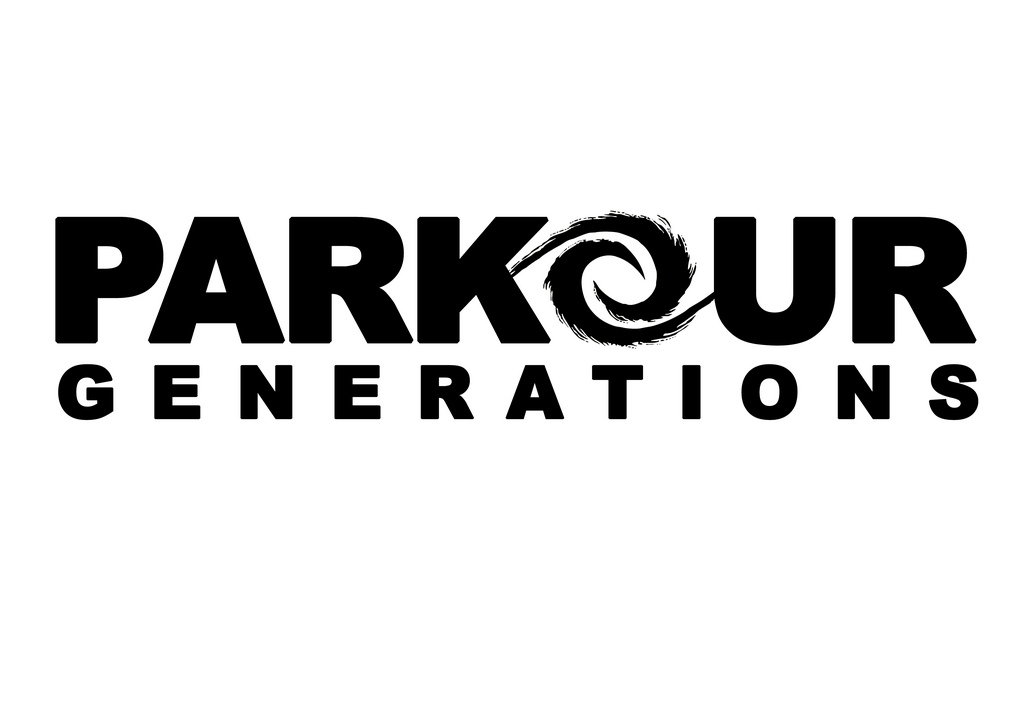 For further information and education on parkour see www.parkourgenerations.com 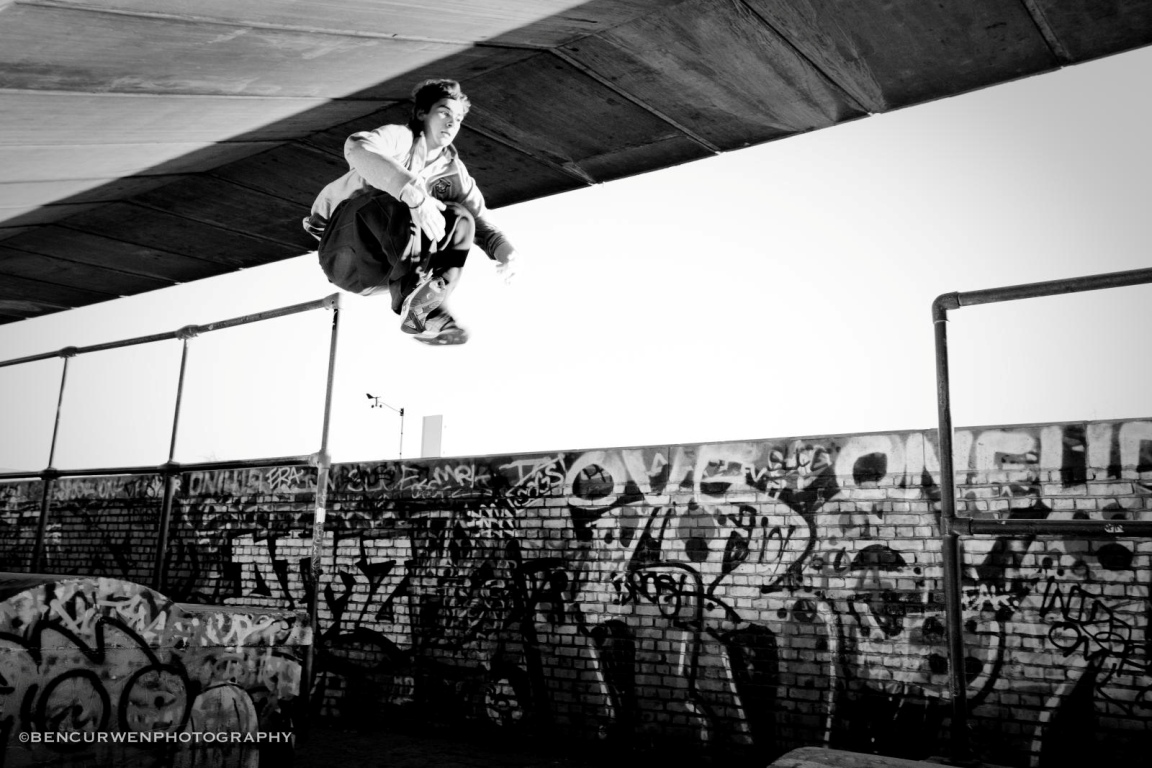