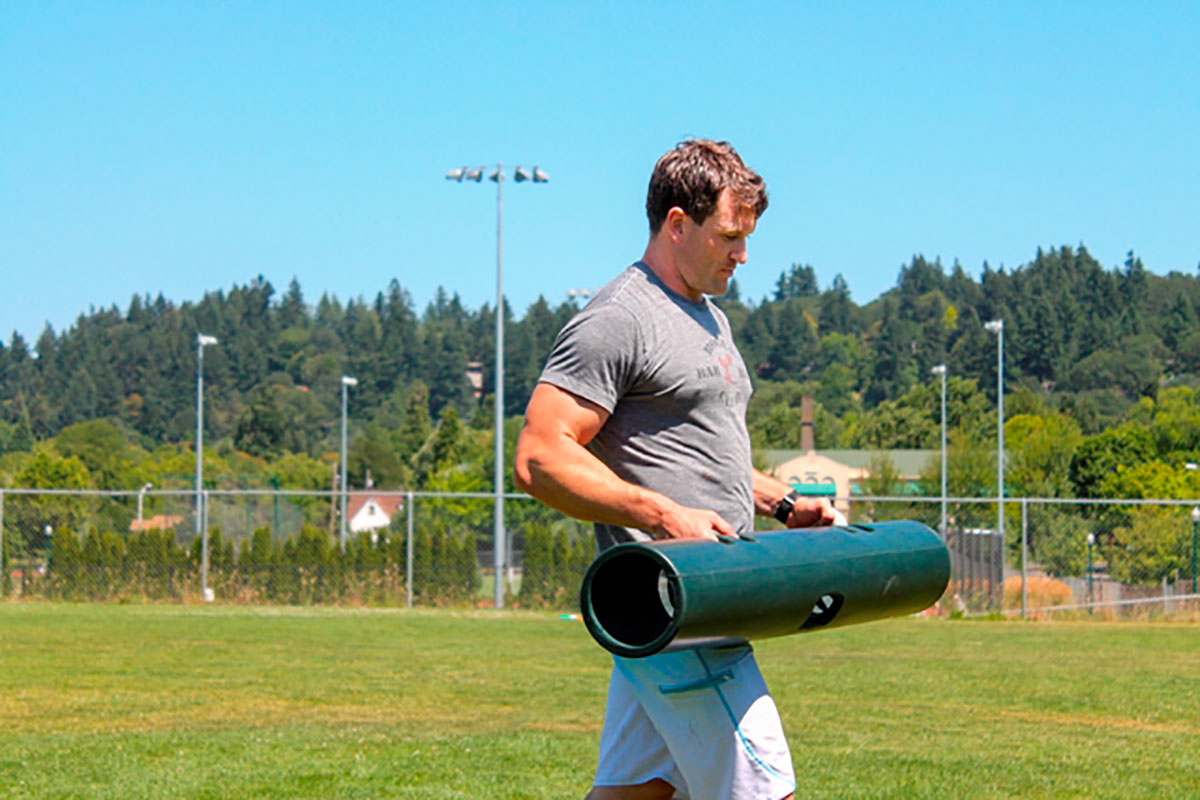 By FitPro TeamSeptember 4, 2015No Comments

Trainer Steve Rast explains that, if we perform more compound and complex movements, our bodies will become more efficient with a greater work capacity. Rast revisits the origins of the Loaded Movement Training philosophy, with reference to being ‘farm strong’ and whole-body integration’s historic beliefs.

I remember sitting in the stands at the 2010 CrossFit Games – the first time they were held at a major stadium after having previously been held at a ranch in Northern California – and I heard something that made my ears perk up. One of the members of my gym, Cheryl Brost (who has placed as high as seventh in the world) was competing at her first Games and was in an event that had her using a rope to climb over a 12 foot tall wooden obstacle. Cheryl seemed to be getting stronger as other competitors were falling by the wayside and I was seated next to her mother, who quipped, “I guess all that farm work paid off.” My mind immediately went to Michol Dalcourt’s epiphany that led to the creation of ViPR: how hockey players on the farm team were mopping up the ice with his players, who had access to the most high-tech gyms and equipment around. It’s the realisation that whole-body integration, one of the scientific anchors of Loaded Movement Training, ties into the Hebbian Postulate, which states that the body that fires together wires together. In other words, the more compound and complex movements that we perform, the more efficient our bodies will become with greater work capacity.

What a lot of trainers and coaches have realised is this: society has become so civilised that we have to simulate manual labour at the gym in order to reap the health benefits that civilisations of past centuries gained through what they had to do naturally for a living. The problem is that most gyms are not set up to accommodate this kind of training. Even in the best situations, like a performance training centre or CrossFit gym, they might have a sled to push or pull and some big tyres to hack away at with sledge hammer strikes. The disconnect is when the rep scheme or load contributes to a reinforcing of bad movement patterns and this can potentially lead to injury through training.

One of the things I enjoy most about using ViPR in my programming is that it simulates so many of the universal motor recruitment patterns we seek to replicate, in a very small footprint, while being coupled with training methodology that is built on a solid linear progression model. Clients and athletes can lift, shift, drag, flip, carry and do hundreds of other movements, while coaches and trainers can cue away to their heart’s content and have a high level of control over the variability aspects that will keep driving new adaptations. We as coaches have an imperative to not only do no harm, but to have to do it while often trying to find the minimum effective dose of exercise prescription. One of the most versatile tools and training methodologies to achieve that with is Loaded Movement Training – and ViPR is the most useful tool to meet that demand.

Steve Rast is a strength and conditioning coach with over 15 years of experience, ranging from personal training to coaching athletic teams to running CrossFit gyms. Coach Rast spent seven years in the United States Marine Corps and played rugby at the University of Washington, where he has since acted as the club’s strength and conditioning coach. He has hired and helped develop a large number of trainers, opened and consulted for several successful gyms and now operates a 501(c)(3) non-profit gym focused on childhood obesity in Oregon. Coach Rast enjoys training other trainers and currently works with companies like CrossFit on their Olympic Lifting Trainer course, ViPR and TriggerPoint Performance Therapy as a master trainer involved in the teaching and certification of other trainers, as well as an adjunct instructor at the University of Oregon’s PE department. He brings a unique perspective and experience to coaching and teaching, which is apparent in his work. coachrast.com