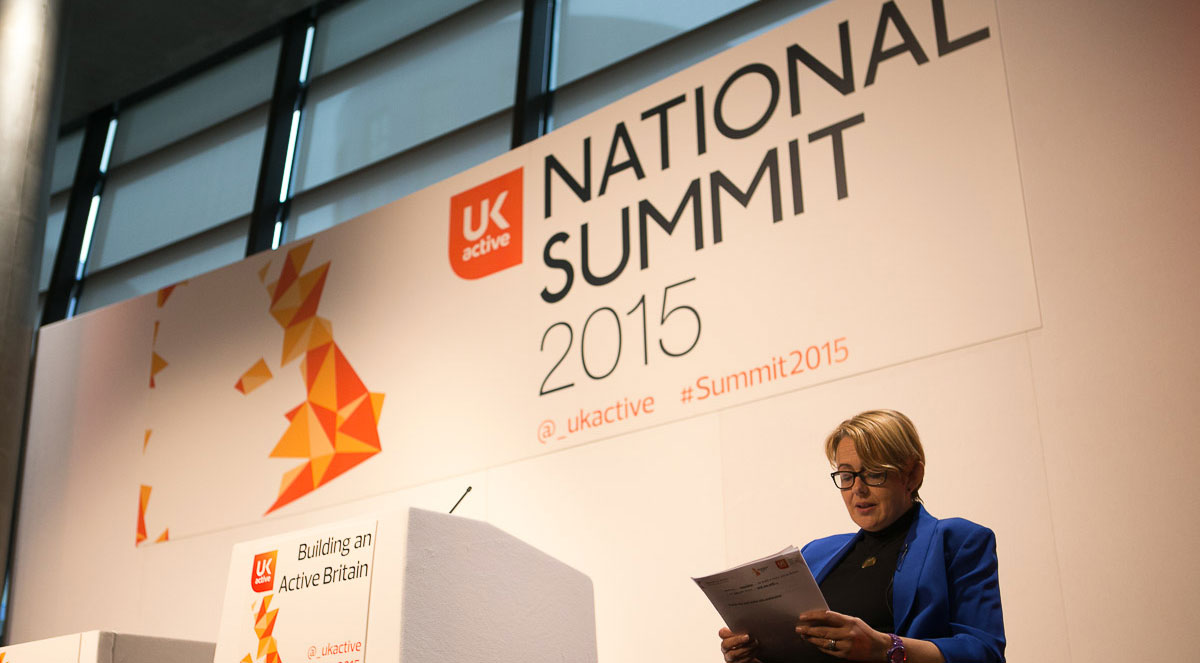 Charting the future of fitness

By FitPro TeamNovember 19, 2015No Comments

Home » Charting the future of fitness

The ukactive summit on Thursday 5 November set out its blueprint for an active Britain. Team FitPro attended the summit and analysed what the leading industry experts said.

ukactive’s November summit on Building an Active Britain was a crucible of ideas and policy making for the fitness industry. What was said (and also perhaps unsaid) was intriguing, enlightening and, in some cases, hopeful. As ukactive is primarily a trade organisation that represents an industry that has, in 2015, a market value of £4.3 billion1, it has the clout to command the presence of ministers and council cabinet members, alongside CEOs and chairs of some of the organisations working at the forefront of the fitness, well-being, medical and sports sectors, and Tracey Crouch MP and Jane Ellison MP shared a platform to outline the government’s approach to activity and diet. Baroness Tanni Grey-Thompson’s mission for cross-party policy and industry collaboration is, it would appear, well underway.

Some of the initiatives we heard about included restructuring fitness education to better serve the different pathways fit pros want to take and improving basic levels of knowledge – as a fitness educator, FitPro will be playing a key role in discussions on this. Similarly encouraging were discussions about achieving greater levels of activity. ukactive’s mission statement will certainly address many of the nation’s health (and, incidentally, social) problems and it’s exciting to think about the influence  fit pros can have.

ukactive’s Blueprint for an Active Britain calls for a single-minded focusing of resources, energy and policy to turn the tide of physical inactivity. It is one of the UK’s greatest ever social challenges. At its heart, ukactive claims that the blueprint lays the foundations for a stakeholder-supported, government-led review of how and where physical activity can play a part in improving the nation’s well-being, with practical policy recommendations across a vast number of areas.

In her opening speech, Grey-Thompson set out ukactive’s vision of a Blueprint for an Active Britain. ukactive wants to carve out a separate agenda for funding and facilitating activity. The World Health Organisation has identified inactivity as the fourth leading risk factor of global mortality2; however, activity won’t solve the consequence of a poor diet. Both diet and inactivity are inextricably linked to obesity, so cannot be considered in complete isolation and several of the day’s speakers raised this point.

Public Health England began its discussions at the ukactive National Summit with ‘everybody active, every day’ as the key message. Emphasis was placed on campaigns such as the Change4Life 10-minute shake-up, which was said to engage more than 400,000 children and families.

Dr Justin Varney stressed how there is still stagnation when it comes to tackling inactivity and he brought technology to the forefront by saying, “We should maximise the use of technology but not forget the people behind it.” There was urgency from Varney as he reported to delegates that we “must act now” as, if we do not incorporate physical activity into our every-day life, the NHS will suffer. Public Health England delivered a poignant statement to listeners with the words, “If being active was a pill, we would be rushing to prescribe it. Physical activity is essential for heath and reduces the risk of many preventable diseases and conditions, from cancer to depression.”

In the breakout session ‘How activity can play a leading role in health’,  some of the best-regarded figures working in public health described some of the most significant activity initiatives that have been introduced in the last two years. Among them were local policy-making in transport, for example, where walking and cycling are prioritised over other vehicles, and the success of programmes aimed at engaging hard-to-reach communities. Professor Mike Pringle, president of the Royal College of GPs, raised the difficulties involved in talking to people about exercise who are poor, ill or depressed. He also stated his belief that the sugar tax is as important as promoting activity when it comes to tackling the nation’s health. John McShane, Hackney councillor and chair of the PHE Physical Activity Working Group, talked about how exercise is a fundamental part of a healthy life and that this message needs to be widely disseminated. Hackney has led the way in making fitness an every-day part of life. Dr Justin Varney of PHE also urged all fitness operators to do more to gain traction among hard-to-reach communities, not just the small percentage currently using their centres. How GPs can work closer with PTs was also discussed, with Varney pointing out that “we don’t need a new [GP referral network] to make it all joined up, just make the existing one better.”

So, why did eGym choose to be the headline sponsor at the ukactive National Summit? eGym CEO Philipp Roesch-Schlanderer said, “What I really like about ukactive is their real belief to ‘move people’. This is totally our belief.” The CEO added, “We’re not here to make a quick buck – we believe we can achieve the end goal of solving the biggest problem of the western world and that’s healthcare costs.”

With equipment that instructs the client on exactly what to do, it begs the question of whether eGym is breaking down the PT-client relationship. Roesch-Schlanderer is quick off the mark to respond. “We do hear this sometimes,” he begins. “Most PTs are really getting it – they’re becoming a lot closer with the client.” The tech founder then highlights that just 5% of clients choose a personal trainer; “that’s nothing,” he says. He states we must consider the other 95% who don’t get a personalised gym experience at all. And the reason? Roesch-Schlanderer comments, “It’s so hard for personal trainers to approach a member.” Is it? So their solution is to run with this ‘automatic’ concept of training, clearly closely aimed at the older population, as well as young people.

“The older population like our circuit concept of training; everything is done automatically,” he explains. “In the circuit, everyone moves onto the next piece of equipment at the same time. Young people appreciate it because they can use high-intensity training methods.” The ‘big sell’ hangs on the fact that workout data is synchronised with the eGym platform and is available to members via a fitness app and on the eGym website. Furthermore, eGym allows you to automatically include data from external service providers such as RunKeeper, Garmin and Jawbone.

eGym has a big ambition for the year ahead in the UK marketplace, with the aim to host its product in 10% of gyms within three years. Another big statement from the CEO was, “If you’re not connected to the eGym cloud, going to the gym is like playing soccer without counting goals.” Roesch-Schlanderer summed up the day by concluding, “The ukactive summit has been very positive; we have had some fantastic discussions with the customer side but also the supplier side. It was very helpful and I especially liked the number of high-quality people who were in attendance.”

eGym has now commissioned the University of London to research the science behind their ‘fast’ results.

Futurologist Dr James Bellini described a technological future that seemed light years ahead but is actually almost a reality. Wearable trackers will morph into smart connected implants within a decade he predicts. Not only would they be able to track movement, weight change, heart rate and all the other metrics we have become accustomed to in the last five years, they would also deliver the user real-time data on changes to blood composition, sweat levels, hydration and a host of other physiological markers. The impact that this will have on those within the industry will be phenomenal: not only will fitness professionals be provided with live data on which to base programme prescription but operators who are linked to clients would also, for example, be able to urge clients to return to the gym if their fitness levels dropped below a certain level.

Which brings us to the sticky, sticking point of the day. Sugary drinks have been identified as being particularly egregious to health3 so it makes me incredibly uneasy that Coca-Cola Great Britain is a strategic partner of ukactive. While the benefits a positive association with an organisation at the forefront of the fitness industry will bring to Coca-Cola are clear, the ultimate benefit to the nation’s health is less so. In her summit welcome speech, Baroness Grey-Thompson defended the relationship and pointed out that ukactive has previously told Coca-Cola:  “You can’t promote activity to solve the consumption of sugar.” One might argue that ukactive could go much further. If the organisation has regular dialogue with Coca-Cola, why not use the opportunity to get it to make significant policy changes: stop marketing to children; remove its product from leisure centres and hospitals; address supersized packaging; and reduce portion size. These could all be used as bargaining chips in return for promoting Coca-Cola’s ‘activity initiatives’. A naïve suggestion? If you think so, what then may we deduce about the balance of power in such relationships?

One is judged by the company one keeps: it would be a shame to see the great initiatives being made in the sector undermined by unfortunate alliances.

Want to find out which industry trend reached the number one spot in the ACSM survey?