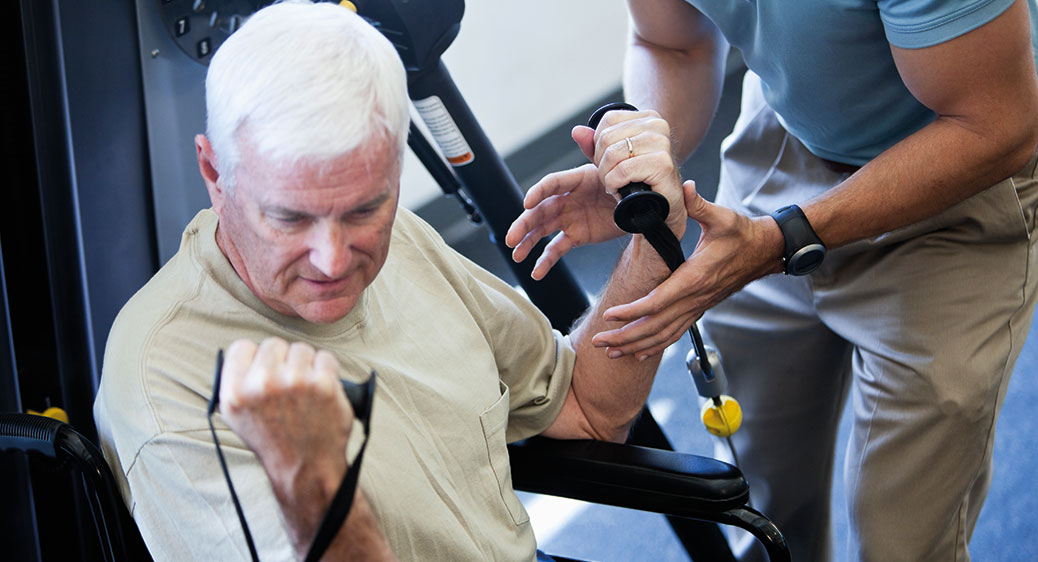 … when it comes to regular exercise

Research released by Nuffield Health (nuffieldhealth.com/active) this week reveals that 60-somethings are visiting the gym more frequently than the younger population. Nuffield Health collected data from 77 of its fitness and well-being gyms across the UK earlier this year to reveal that the average age of their most ardent gym goer is 67; members of this age visit the club an average of eight times per month while, in contrast, 27-year-olds make it to the gym for an average of five times per month.

Nuffield Health senior personal trainer Phillip Goulding believes one of the main reasons the older population is thriving at the gym is down to the fact that people are living longer and want to be able to enjoy life after retirement. He tells FitPro, “By staying active and fit, the quality of life you can lead as you grow older is vastly improved. Many clients have told me they have seen their parents and peers grow older and become immobile, which is a fear that drives them on to stay fit and active.”

Mark Talley, Everyone Active (everyoneactive.com) group fitness development manager, has found that today’s older population is better educated in exercise and more experienced than previous members of this age group, a factor that has seen them increasingly taking part in the clubs’ core offerings. He tells FitPro, “At Everyone Active, the baby boomer population is a very important user group, with many of our activities and programmes aimed specifically at these users. While we haven’t seen any significant increase in the numbers of people exercising from this group, the numbers remain constantly strong. We do see high visit levels and also many of this group spend longer at the centre during their visit, with activities having both an exercise and social focus. While it is still important to target and encourage the baby boomers to visit us, increasingly in the younger section of this group they are self-motivated and do not want to be singled out and differentiated in terms of our offer.”

Goulding has found that the classes that prove popular with this age category can be broken down into three groups. “Firstly dance classes and old school aerobics classes, which require you to follow an instructor in a rhythmic way along to music, such as Zumba,” he says. “Secondly, low-impact classes such as Aqua Fit and Aqua Zumba, especially for those carrying any excess weight or with hip, knee or back problems. Finally, relaxation and core strengthening classes, such as Pilates, yoga and tai chi.”

The Nuffield Health prospects survey also revealed that 55% of over 55s who were looking to join Nuffield Health this year enquired with the intention of improving their current fitness. Almost one in five (18%) of prospects over the age of 55 did so because they have an existing medical condition that means they need to be more active and almost a quarter (24%) enquired because they wanted to control their weight.

Norman Brown, aged 66, is one of Nuffield Health’s oldest personal trainers and has been training members for eight years at Nuffield Health Warwick. He adds, “We have seen a huge shift in the attitudes of those who are in their 60s when it comes to ageing. They know that keeping fit and healthy is a key factor in ageing well and they are choosing to embrace a healthier lifestyle to maintain or improve both their physical and mental well-being.”

In this workshop, you can learn innovative exercise strategies, techniques and movements for clients over the age of 50 that have been shown to be critical to functional ageing. Through lecture and hands-on learning you will develop the knowledge and skills to perform functional fitness assessments and create functional exercise programmes for older clients: fitpro.com/workshops